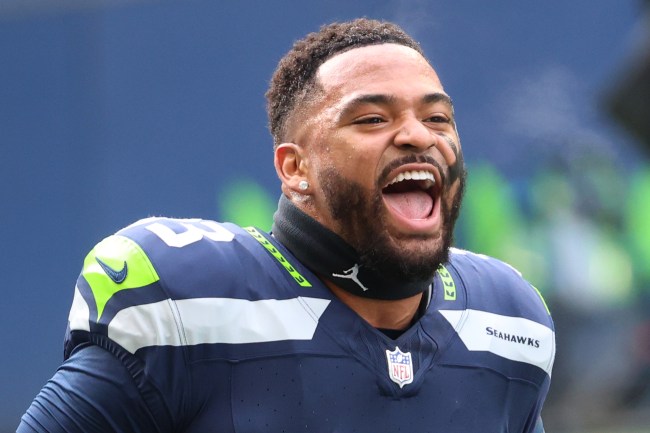 Seahawks DB Jamal Adams got some revenge on the Rams on Saturday night.

Last week several Rams players were seen yelling at Seahawks players and telling them to take their division championship shirts and hats to Cabo after eliminating them from the playoffs.

As the #LARams defensive stars were leaving the game you can hear Jalen Ramsey shout, presumably, about the Seahawks NFC West Championship gear, “take that hat and t-shirt to Cabo!” #rivalry https://t.co/jlvLWqSDP1 pic.twitter.com/FmljngvEMg

Apparently, Rams players were mad at the Seahawks for gloating after winning their week 16 game.

“Two weeks ago you saw them smoking cigars and getting all excited about beating us and winning the division and we’re able to come up here and beat them in their own place,” Jared Goff said. “It feels good.”

After the Rams were eliminated from the playoffs by the Packers on Saturday night, Adams took to Twitter to mock his NFC west rivals with some Cabo jokes off his own.

See y’all in Cabo! @RamsNFL & make sure y’all bring your own damn cigars too! #Prez pic.twitter.com/JpVfTqvSwC

I just talked to the front desk at the hotel. They said the rooms prices just went up! We caught the discount Diggy! 😂 #Prez https://t.co/LE7QNohX2R