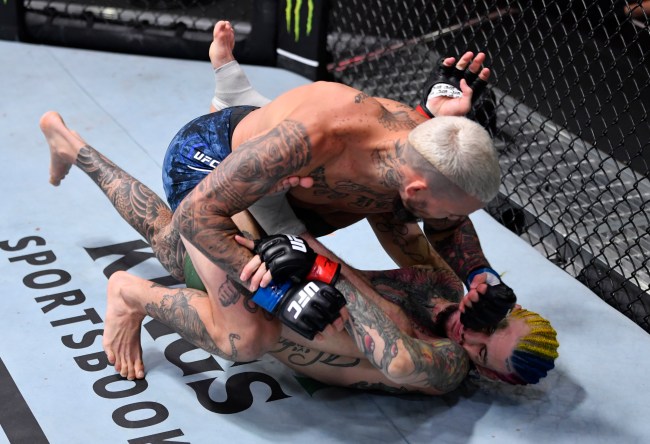 The Suga Sean O’Malley hype train took a blow when he suffered his first loss on Saturday at UFC 252.

In the first round in his fight against Marlon Vera. O’Malley appeared to suffer a leg injury and the fight was stopped moments later when ate several elbows while on the ground.

I feel so sad for Sean O'Malley. He lost because of ankle…#UFC252 pic.twitter.com/cheOjIS8GU

Something is wrong with O'Malley's foot. pic.twitter.com/5NJUrLf7BA

Here’s a look at O’Malley’s ankle giving out earlier in the fight.

Not sure if it’s a foot or an ankle problem pic.twitter.com/IuNziF7f6D

O’Malley was forced to leave the arena in a stretcher. It’s still unclear when he sustained the injury.

Sean O'Malley on his way out of #ufc252 on a stretcher after injury and loss pic.twitter.com/bCQXcrCu9b