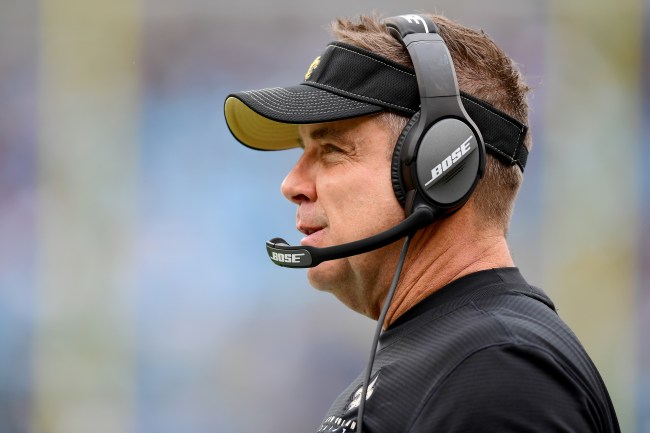 It’s been three full years since the most embarrassing breakdown in sports history was broadcasted to 112 million people, the fifth most-watched program in television history.

Since February 5, 2017, the Democrats won back the House, scientists revealed the first-ever image of a black hole, and Carol Baskin probably committed two more murders.

Still, time cannot bury the Atlanta Falcons’ blowing a 28-3 third quarter lead, and until the franchise secures a Super Bowl title, its trolling privileges have been revoked.

So when a Falcons fan account tried to dig up one of the worst moments of Sean Payton’s professional career, he was ready.

It began with a compliment.

And devolved from there.

2 musts…Oceans
8 and definitely
Tiger King
One other that is
3rd would be HBOs
Houston we have a problem.

It took me a good 12 minutes to figure out what was going on here, but here’s a cheat sheet. 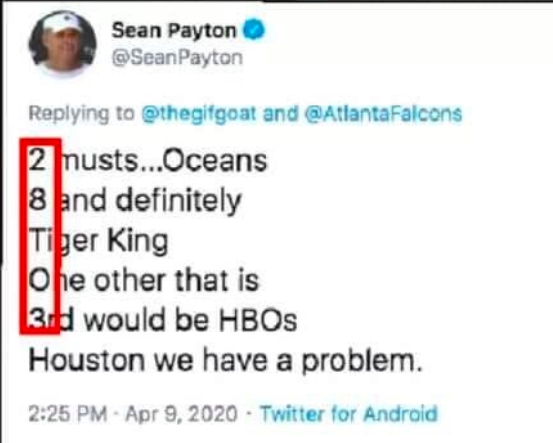 Chalk this up to a W for the city of New Orleans.

"You can look at that and basically quit or you can say, this is going to be an amazing comeback."

Tom Brady breaks down the mentality that led to the Patriots' epic comeback vs the Falcons in Super Bowl LI 🏆 pic.twitter.com/FRNgtoVqiN