Sean Payton Comments On The Possibility Of A Return To Coaching 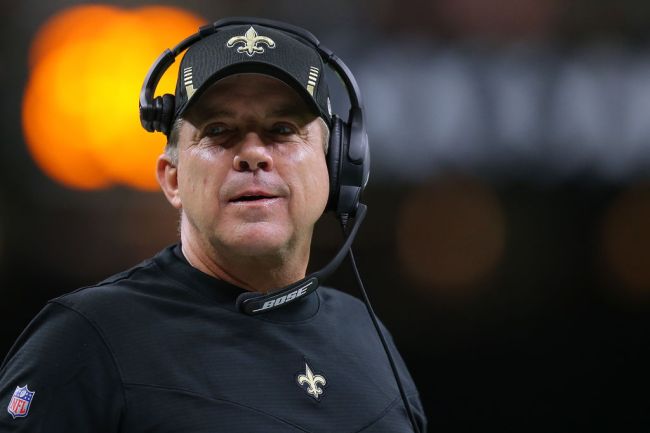 Sean Payton hasn’t even gone through a full offseason without being the head coach of the New Orleans Saints, but fans are already speculating about where he will coach next.

Recently, there has even been a report that he could be interested in jobs with the Miami Dolphins, Dallas Cowboys, or Los Angeles Chargers if they become available.

Today, USA Today’s Jarrett Bell spoke to Payton about his future. Payton revealed that he does believe that at some point he will return to coaching, but he doesn’t know where that return will occur.

Is Sean Payton bound for an NFL comeback?

“Ultimately, do I think I’ll get back in? Sure,” Payton told @JarrettBell. “There’s no way to predict who that club might be."https://t.co/1A0aMo6pGX

Ultimately, do I think I’ll get back in? Sure. There’s no way to predict who that club might be. Usually, there are about six openings every year. If there’s a right fit somewhere, that ultimately will depend on several factors.

While there are usually 6 openings every year, next offseason should see a somewhat less active coaching market than usual. There are 9 new coaches taking over teams during the 2022 season, which should leave most of those jobs unavailable.

However, there is one job that is often mentioned for Payton that could be available. The Dallas Cowboys job is one that has been brought up frequently as a possibility for Payton and it wouldn’t be a huge surprise to see the Cowboys move on from Mike McCarthy if they aren’t pleased with the outcome of the 2022 season.

For now, though, Payton says that he is just excited to get started with Fox. As he begins his broadcasting career, fans will have to wait and see what jobs become available around the NFL and if any of them can lure Payton back to coaching.