Sean Payton Is Already Being Linked To 3 Teams For 2023 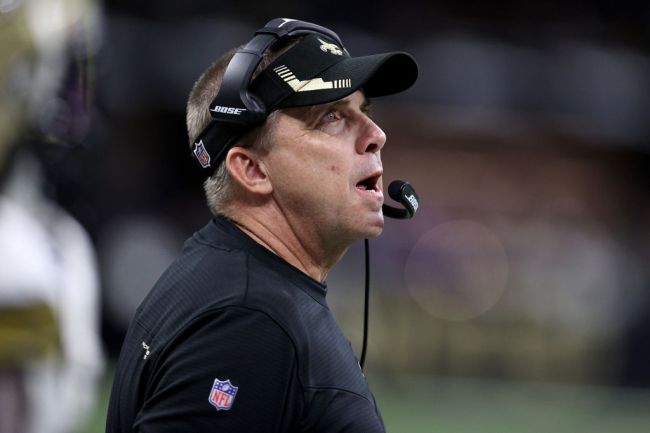 Sean Payton hasn’t even started his television career with Fox yet, but he is already being linked with 3 teams he could potentially join to return to the NFL in 2023.

The Miami Herald’s Barry Jackson reported yesterday that a close associate of Payton’s has told him that head coaching jobs in Miami, Dallas, and LA would all interest Payton.

Every Dolphins fan should root for McDaniel. But here’s a Sean Payton update just in case: https://t.co/6h8t8QcEyD

But the Dolphins will have at least a chance next spring if they make a coaching change and again pursue Payton, that close associate said. The source – emphasizing that Payton would never lobby for a filled job – said Miami is among the teams that would interest him, and he knows that first-hand. But the associate said he could also see Dallas and the Chargers among other teams that would interest Payton should their jobs become open.

The source also revealed what factors would entice Payton to join a team next season.

The associate said warm weather, a roster good enough to compete and most importantly, control over personnel decisions. Having a good quarterback would be helpful but that isn’t the No. 1 or No. 2 factor, the associate insisted. On a much lower scale, the close associate said he also would prefer to work in a market where he could golf some, though his work ethic and long hours largely limit those opportunities to the offseason.

It seems unlikely that the Dolphins would move on from Mike McDaniel after just one season unless that season is an absolute disaster, but the Chargers and Cowboys both seem like realistic destinations for Payton.

If the defensive improvements the Chargers made this offseason prove to not be enough to get them into the playoffs, they may decide to move on from Brandon Staley to try and find a coach that can get them over the hump.

The Cowboys not moving on from Mike McCarthy last season after squandering home-field advantage in the first round of the playoffs was a surprise to many fans. If the Cowboys once again fail to make a deep run in the playoffs, it seems very likely that it would be the end of McCarthy’s time in Dallas.

While many have been expecting Kellen Moore to be McCarthy’s replacement, Jerry Jones could certainly be enticed to turn to Sean Payton instead.

Any coach with a struggling team during the 2022 season might need to be looking over their shoulder for Sean Payton.