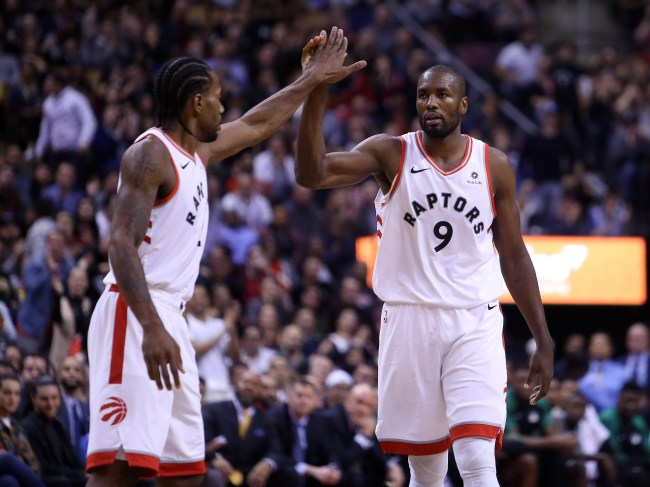 Raptors forward Kawhi Leonard is one of the shyest players in the league but he’s starting to come out of his shell a bit this year with a little help from his teammates.

Yesterday, Kawhi was featured on Serge Ibaka’s Youtube food show “How Hungry Are You?” and was put in several awkward positions by his teammate which led to some comedy gold.

Here is Serge straight up asking Kawhi if he’s returning to the Raptors next season.

Serge Ibaka is national treasure and will be a great replacement for Masai Ujiri one day.

Serge “Bro are you coming back, next year?

Kawhi “What kind of question is that?”

Serge “It’s a question, you want me to say that in English, Spanish so you can understand?”

Serge Ibaka asked Kawhi Leonard if he was going to stay with the Toronto Raptors. Here's how that played out:

Ibaka went on to ask Kawhi who his celebrity crush was which led to another hilarious exchange between the two.

Ibaka then made a reluctant Kawhi eat a bull penis pizza for the finale.

You can watch the full episode of “How hungry are you” in the video below.