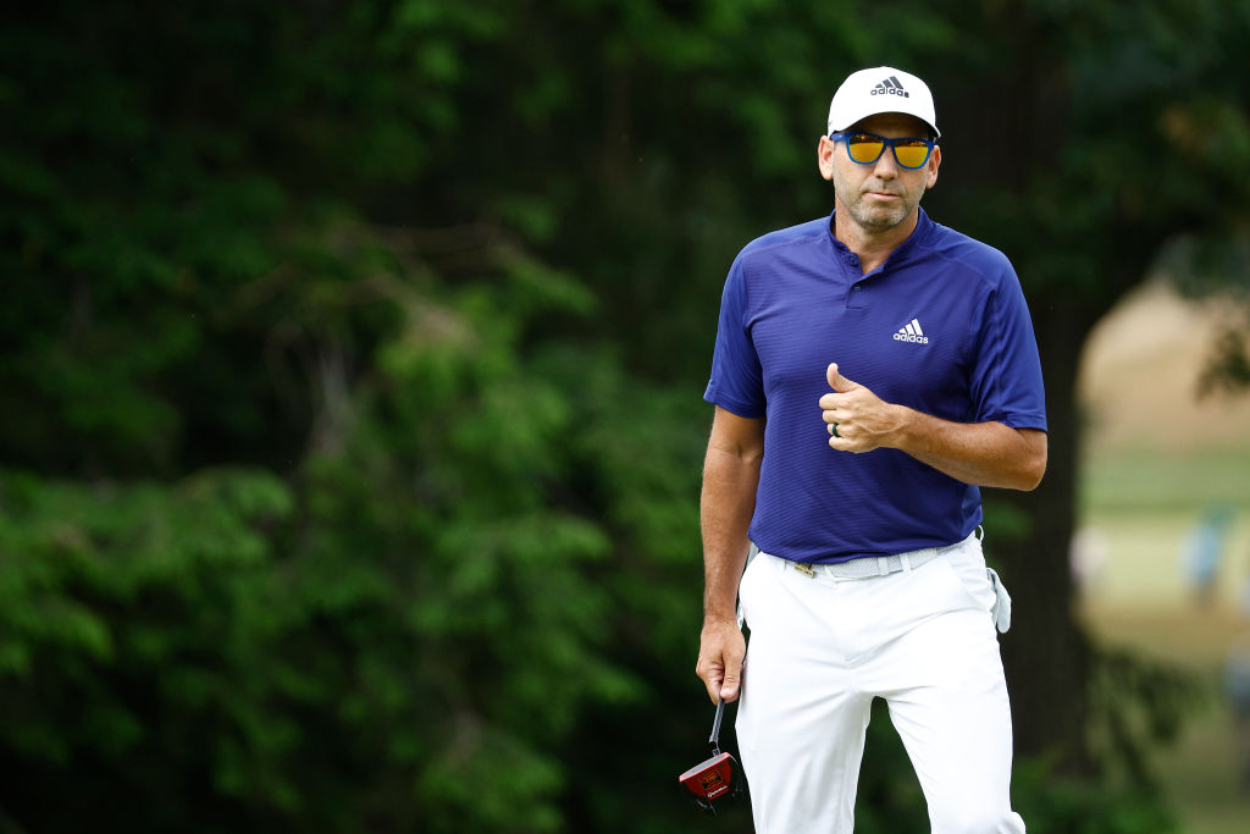 Tiger Woods might not be playing in this week’s Hero World Challenge but as the tournament’s host, he is omnipresent. The same can probably be said for the entire world of professional golf. Tiger looms over everything in the golf world as the greatest to ever play the game.

His recent comments about LIV Golf CEO needing to step down if there is any shot of LIV and the PGA Tour working together ruffled a lot of feathers. Tiger Woods‘ emphatic statement of ‘Greg (Norman) has to go, first of all’ really rubbed former PGA Championship and Open Championship 2nd place finisher Sergio Garcia the wrong way.

Tiger said he is open to talks with LIV Golf if they "stay" the lawsuit against the PGA Tour and Greg Norman steps down as CEO of the breakaway circuit.

"Greg (Norman) has gotta leave." — Tiger Woods on whether or not LIV and the PGA TOUR can coexist. pic.twitter.com/qFNwyfYEVD

The ‘he has to go’ got under the skin of Sergio Garcia, a player who famously performed well in Ryder Cups but struggled with tournament pressure. Sergio Garcia fired back at Tiger Woods by saying the following.

Sergio Garcia: “They (Tiger Woods and Rory McIlroy) say that Greg Norman has to go; and Monahan has to stay or go? It’s very easy to say those on the other side have to go. And those on your side? There are also people who have done things wrong.”

“You have to look at everything. Greg Norman is our CEO and we support him. We all wish we could come to an agreement. There are people who could have done wrong in both places, but it seems that there are only bad guys on one side.”

For no reason in particular, here is Sergio Garcia hitting a bunker shot like a professional golfer:

Sergio Garcia was once one of the most beloved golfers on the global stage. Times have changed. He’s been relegated to an invitation-only golf tour that does have many of the best golfers in the world but the stakes are purely financial. So it isn’t surprising at all that Sergio says Greg is their CEO and they support him. It is exactly what one might expect a good employee to say in public.

Sergio Garcia fell out of the top 100 of the Official World Golf Rankings on November 28th for the first time since 1999. It’s possible he is feeling extra sensitive this week after that.