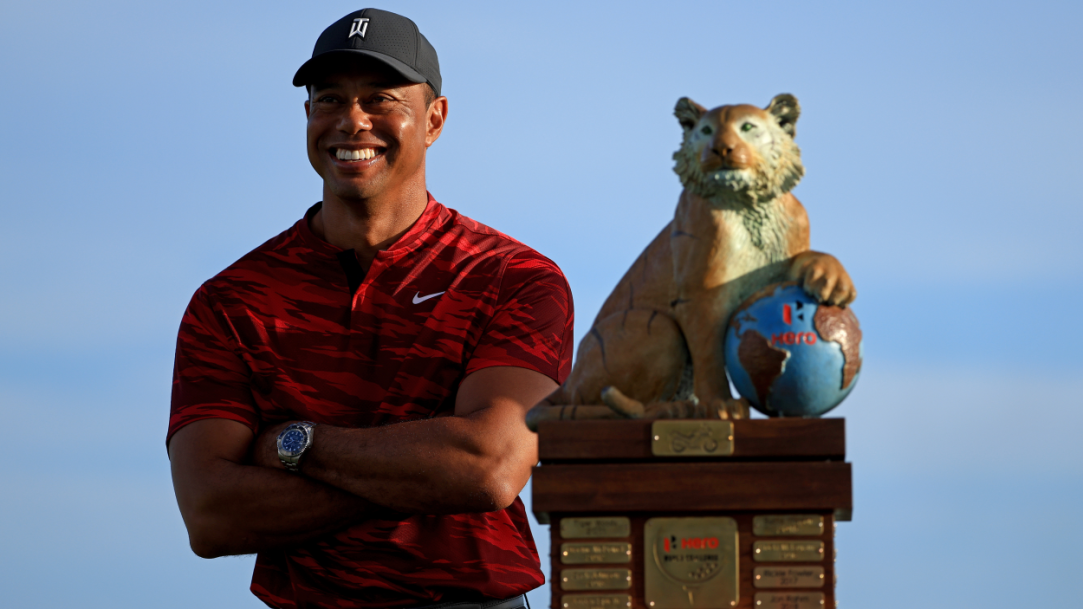 Early in the press conference, Tiger Woods was asked about LIV Golf CEO Greg Norman and the future of LIV Golf and the PGA Tour, if there even is one. Tiger emphatically said that Greg Norman needs to go. He added that he believes there is a path forward for the PGA Tour and LIV Golf to work together, just not with Greg Norman involved.

Tiger Woods on LIV Golf: "Greg (Norman) has to go, first of all."

🚨 | Tiger Woods has called for Greg Norman to step down from LIV Golf, saying there is an opportunity for a path forward for both sides if all litigation is dropped… pic.twitter.com/zrJmGqJal8

There is ongoing litigation between the PGA Tour and LIV Golf. The caveat Tiger added is he’s open to talks as long as LIV Golf puts a ‘stay’ on the lawsuit against the PGA Tour:

Tiger said he is open to talks with LIV Golf if they "stay" the lawsuit against the PGA Tour and Greg Norman steps down as CEO of the breakaway circuit.

Tiger Woods also spoke on conversations he’s had with players about LIV Golf:

Tiger on the conversations he's had with other players about LIV Golf: pic.twitter.com/OGzggNNgAS

This is obviously a monumental statement from Tiger Woods. And it’s not the first time a PGA Tour star has spoken out about the need for Greg Norman to leave LIV Golf. Rory McIlRoy recently tore into Greg Norman and reiterated the need for LIV Golf to find a new CEO.