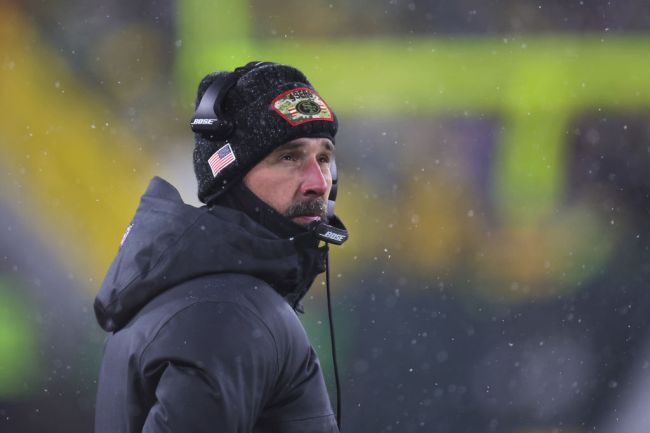 The San Francisco 49ers have found themselves in an unexpected spot this offseason.

When they drafted Trey Lance with the 3rd overall pick last year, it was clear that they would be handing him the reigns as the team’s starting quarterback sooner than later.

Sooner came shortly after the 49ers’ season ended in the NFC Championship game as the team wasted no time revealing that Lance would be their starter in 2022.

There was just one issue remaining to complicate the situation. Jimmy Garoppolo was still under contract with the team. Then he required surgery on his throwing shoulder, making it difficult for the 49ers to find a trade partner for him.

Garoppolo’s continued presence on the roster coupled with some unflattering reports about Lance early in the offseason led to some speculation about the 49ers’ QB situation despite the fact that Lance had already been named the starter.

That speculation has subsided recently as the reports on Lance have turned overwhelmingly positive and today, head coach Kyle Shanahan made it completely clear that Lance is the team’s quarterback.

#49ers announce that they have officially moved on from Jimmy Garoppolo and Trey Lance is their starter going forward.

Shanahan also added that the 49ers believe they would have already been able to trade Garoppolo this offseason if not for his shoulder injury.

"We think Jimmy would have been traded if not for the surgery."pic.twitter.com/goL92yTeOV

Now all the 49ers need is to actually trade Garoppolo. Regardless of the injury, there has been a surprisingly low amount of interest in him this offseason, but that could change if other quarterbacks play poorly to start the season or if a quarterback is injured.

While they wait for that situation to arise, the 49ers appear like they are going to finally do what needs to be done to put Lance in the best situation to succeed and are getting ready to engage Deebo Samuel in contract talks again.