Shaq Blasts Dwight Howard, Calls Him A ‘Frontrunner’ And A ‘Bandwagon Jumper’ Who Shouldn’t Be Bragging About Winning A Championship 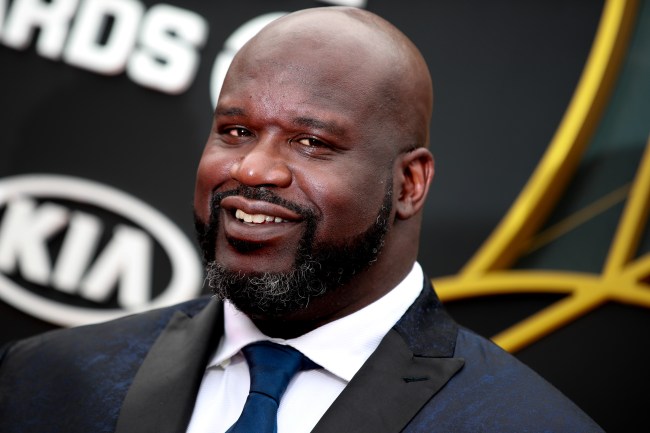 After the Lakers won the championship two weeks ago, Howard posted an emotional video on Instagram about never quitting on your dreams.

– An emotional Dwight Howard after winning an NBA Championship 🙏🏽pic.twitter.com/J8nB4YwCI9

"Post one pic and sit yo ass down…Shut yo ass up. You ain’t do nothing." pic.twitter.com/y7PKUqOqfq

A lot of players bragging on their little Instagram like they were the reason they won the championship…Sit yo ass down, you didn’t do nothing…Frontrunner, bandwagon jumper…Post one pic and sit yo ass down, “follow your dreams and I can’t believe” shut yo ass up

Fans weren’t happy with Shaq’s comment on Dwight and fired back at him for being critical of the Lakers’ center who was just celebrating a championship win.

This is pathetic. Shaq should be one of the guys that welcome younger guys with open arms. Instead he’d rather do this to a guy that’s going on the Hall. Shit is corny https://t.co/PpBXJ56S7C

Lmao Shaq is such a bitter man sometimes. I love how he glosses over the decent role Dwight Howard had in the Denver Nuggets series. https://t.co/ZJRtgleRwf

Shaq really doesn’t like to see Dwight Howard succeed at all, he’s lame af for hating on him https://t.co/a95kx8rTGH

Shaq is damn near an old man… get out of Dwights business he’s just looking childish and mean https://t.co/iroA9J81fq

Dwight went from being considered a “distraction” to being the ultimate professional, went through personal life problems, still attended the bubble, played his ass off (especially vs Jokic) & he deserves this ring & can post it however many times he pleases. HOF worthy career 💯 https://t.co/afC7vt8yyV