Shaq Says He’s Done Being A Celebrity, Calls Them Out For How Poorly They Treat People 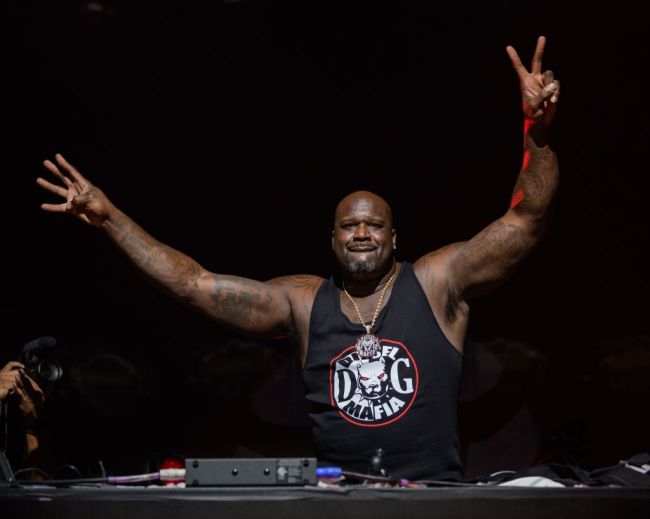 Shaquille O’Neal is over the whole being famous thing. In fact, he doesn’t even want to be considered a celebrity anymore.

Shaq isn’t just one of the most well-known basketball players of all time, he’s one of the more recognizable people walking the planet today. He’s apparently had enough of the celebrity life, however, and wants to be removed from that crowd.

What drove Shaq to reject his celebrity status? He thinks celebrities these days are crazy and doesn’t appreciate how they treat other people.

“These celebrities are going freaking crazy and I don’t want to be one. I denounce my celebrity-ness today. I’m done with it,” O’Neal told The New York Post.

“I don’t want to be in that category. Celebrities are crazy, they really are. Don’t call me that anymore. These people are out of their freaking mind with how they treat people, what they do, what they say. That’s never been me. I never want to be looked at like that.”

This is yet another example of how Shaq’s authenticity makes him such a likable person. He’ll tell you what’s on his mind, no matter how against the grain his opinion may be. Unlike 99% of the celebrities out there, Shaq keeps things real as often as he can.

It’s Shaq’s honesty that’s propelled him to have such a huge career after he stepped away from the NBA.

Shaq’s most recent comments show that he just wants to enjoy a regular life with his family doing things he loves to do.

He’ll always be in a major spotlight and be looked at as a celebrity by the public. But in his mind, he’s just a regular dude these days, which is honestly pretty awesome.