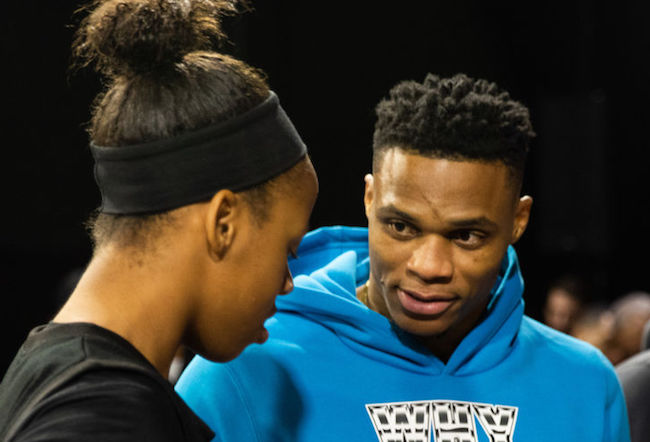 Prior to the advent of the three-point line, there was no real incentive for basketball teams to shoot any farther away from the hoop than absolutely necessary, and if you’ve ever watched black-and-white footage of dudes in short shorts making perfectly executed bounce passes to each other, you know a sizeable chunk of those highlights end with a layup or a close-range bank shot that would make Tim Duncan smile.

While this is certainly still the case, it also helped to have the tallest people possible on your roster, and over time, the most vertically gifted players realized there was no reason to use the backboard when you could just throw the rock through the rim.

Slam dunks were initially frowned upon to a point where they were banned by the NCAA for almost a decade, but eventually, the powers that be realized how dope they are and they’ve gone on to become one of the most electric aspects of the game and an athletic feat anyone who plays basketball hopes to eventually achieve.

Most basketball historians seem to credit the seven-foot-tall Bob Kurland with pulling off the first dunk ever recorded in a regulation game when he inadvertently rattled the rim in 1944. However, it would take another 40 years before a woman managed to do the same, as 6’7″ West Virginia Mountaineer Georgeann Wells rose above the rim during a contest in 1984.

Dunks in women’s basketball are still few and far between but a number of WNBA players have managed to pull them off, and now, it looks like there’s another one who might eventually join their ranks—even though she’s only 13 years old.

Shaquille O’Neal is one of the most dominant centers to ever play the game thanks in no small part to his 7’1″ frame, and when you consider his ex-wife Shaunie stands at a respectable 5’7″, it’s safe to say their kids were born with some pretty good genes.

The two of them had four children together, including Shareef, who recently transferred to LSU after playing for a season at UCLA.

Their youngest child, Me’arah, is still a teenager, but based on a video her brother shared of the 6’2″ high schooler attempting to dunk, it’s pretty clear she has a bright future ahead of her even though she was ultimately stuffed by the rim.

So my 13 year old sister is a cheat code … almost dunking 😂 pic.twitter.com/JS1wPu9Y1F

If you need more proof, check out this highlight real of her and her older sister Amirah.