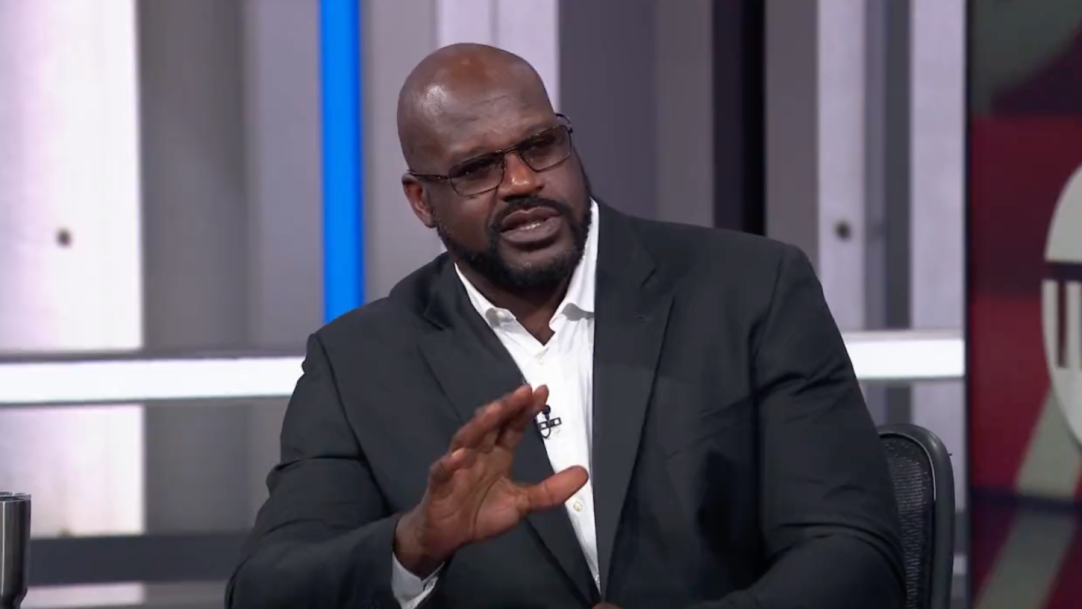 Shaq proved once again that Inside The NBA on TNT is a must-watch TV show during the NBA season. He did this on Tuesday night when he shared his new conspiracy theory about the moon.

Shaq’s conspiracy theory about the moon was so outlandish and so easily debunked that it left his colleagues Ernie Johnson, Charles Barkley, and Kenny Smith speechless. He stopped the conversation to announce ‘I have a new theory’ and proceeded to tell them something that a 7-year-old could debunk.

Here is the video of Shaq breaking his colleague’s brains with his conspiracy theory about the moon along with his comments below:

The caption of that tweet says ‘Forget gas math… Shaq has a new theory’ which is referring to this segment from April 2021. That was an extension of a ‘gas math’ discussion dating back to 2018. With his ‘Gas Math’ theory, Shaq left his colleagues exasperated.

Now Shaq has a new conspiracy theory about the moon. He said: “I have a new theory, there’s more than one.” As his colleagues groaned at the revelation, Shaq said ‘just just just, let me tell you my theory. The other day I was riding, past Auburn as a matter of fact. And the moon was on the left. And I keep going straight, didn’t make any turns. About 20 minutes later the moon was behind me.”

Charles Barkley snapped back “that’s because it was moving, fool” to which Shaq responded, “nah, there’s more than one moon.” He finished it off by adding “then in another 45 seconds the moon was on my right.”

NBA fans were quick to clown on Shaq for his new moon theory:

Ernie must be like, dear God what did I do to deserve this?🤣🤣

Come on Shaq what have you been smokin on 😂😂😂😂 pic.twitter.com/SsIUToKluW

It all comes back to the gas math:

I use Shaq's gas math and it works half the time, the other half I'm late cause I ran outta gas. pic.twitter.com/OzZBLWHJ5K

If you’ve never seen Shaq explain his ‘Gas Math’ theory, it is a must-watch:

Shaq's out here crunching some numbers for Kenny. 🤔😂 pic.twitter.com/jNgBYFFwYj

"We're going on like 3 or 4 years of having this conversation." 😂@SHAQ is STILL arguing about gas tank math. pic.twitter.com/hSPScyMAR6

Again, there is only 1 moon no matter what Shaq’s new moon theory says. All of this came after Shaq stood in front of the gym mirror to share a selfie video of his abs on Instagram:

Once more, there is only 1 moon regardless of Shaq’s latest conspiracy theory…