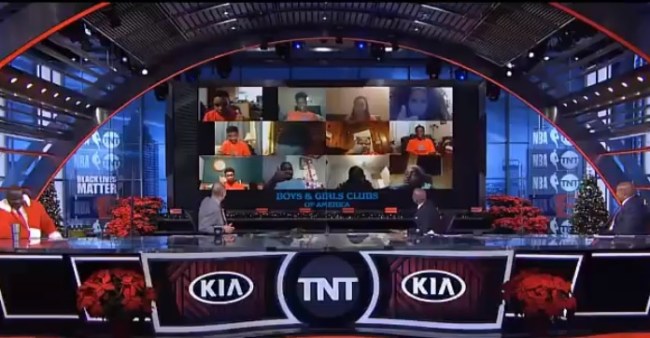 Shaq has absolutely no chill these days.

On Tuesday night after the NBA’s opening night doubleheader, TNT’s ‘Inside The NBA’ produced a segment that featured Shaquille O’neal dressed as Santa Claus giving away bikes kids from the “Boys and Girls” club.

The Inside crew gifted bikes to the Boys and Girls Club & @SHAQ had to try one out 🤣🚲 pic.twitter.com/7uMSbuIYqF

The kids who were receiving the bikes were interacting with Inside the NBA crew virtually through Zoom and during the segment Shaq straight-up roasted a little girl on national television after he implied she looked like Charles Barkley’s daughter which led to other kids snickering in the background.

Hopefully, Shaq makes things right with the little girl because you could tell she was embarrassed by his comment.