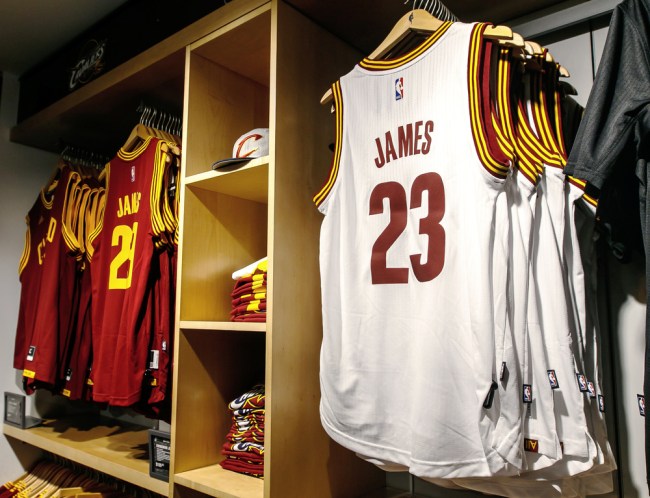 LeBron James made history on the basketball court last night when he Michael Jordan’s record of 866 consecutive games with 10-points or more, a record he’s all but certain to break in his next game. LeBron totaled 41 points (10 rebounds, 8 assists) last night in Cleveland’s 118-105 win over the Charlotte Hornets, the team that once drafted Kobe Bryant and immediately traded him to the Los Angeles Lakers for Vlade Divac.

After the game, reporters cornered LeBron James in the locker room for his typical post-game interview but TNT wasn’t having any of that. Instead of letting LeBron do the talking on air they let Shaq do his own version of a ‘Bad Lip Reading‘. You can check out this excellent clip on Twitter (check me out at @casspa) or Instagram, whichever platform you’d prefer:

If you’re curious what LeBron was actually telling reporters instead of what Shaq was saying it went a little something like this:

“I’ve stayed available, obviously,” James said when asked how the streak was possible. “I haven’t played every game, but for the most part I’ve played over 70 percent of my games throughout that journey, and just going out and just trying to be productive.
“I can’t even tell you how I’ve been able to do it. It’s not like I go into every game saying, ‘OK, I’ve got to get 10 points.’ It’s just kind of organic. It happens, and anytime I’m mentioned with some of the greats, and arguably the greatest basketball player of all time in Mike, it’s just another feat for me to be appreciative and humbled by what I’ve been able to do. And just knowing where I come from and knowing, I look at it and say, ‘Wow, I can’t believe I’m in this position,’ knowing where I come from.” (via)

The Cleveland Cavaliers are sitting in 3rd place in the East and have already clinched a playoffs berth. The NBA Playoffs begin on April 14th, three days after the NHL Stanley Cup Playoffs start, which means April is going to be one hell of a month for Sports.