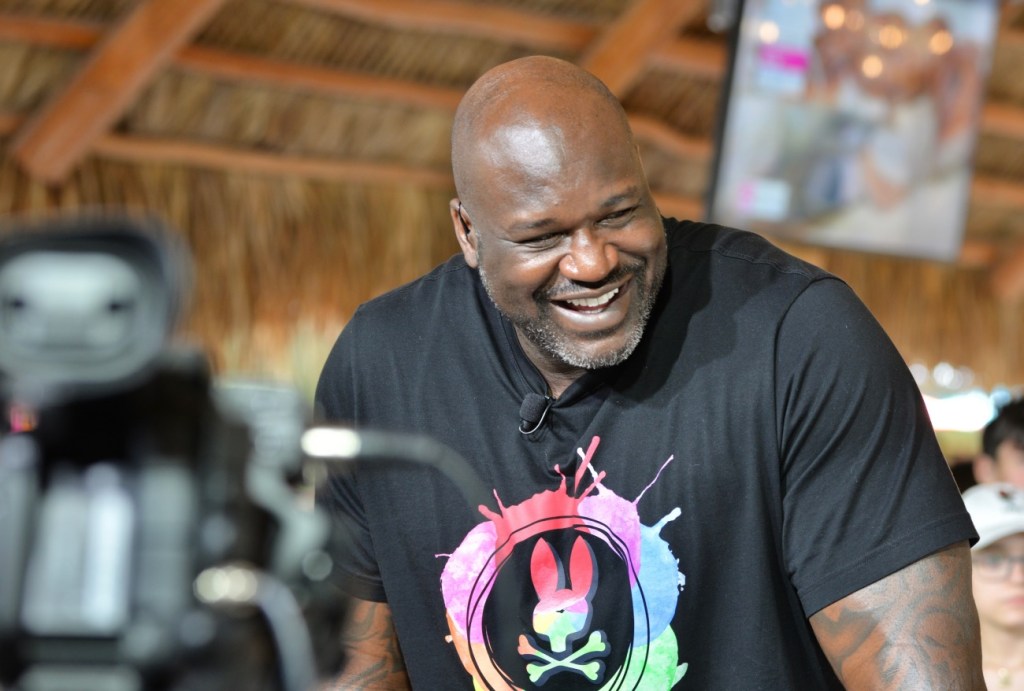 Water is wet, grass is green, and Shaquille O’Neal is one of the nicest people in show business. These are the facts. And while Shaq continues to prove how genuinely nice he is even when nobody’s looking someone seems to flip on the camera to catch his random acts of kindness on video.

I’ve heard stories of CEOs who surprise servers with $1K+ tips at Waffle House and how it’s the greatest feeling on the planet to surprise someone like that. And if that’s true, Shaq has to be the happiest man on planet earth because he’s passing out random acts of kindness like grandma hands out Werther’s Originals.

He recently surprised an entire restaurant in Manhattan with free dinner. And now he’s reportedly surprised a random couple he met at Best Buy in Dallas, Texas with free high-end appliances.

According to Page Six, Shaq was at Best Buy shopping for new appliances himself for a house he recently purchased in the area. He reportedly struck up a conversation with the ‘young family’ and then ended up buying them a new washing machine and a 70-inch TV just because he can. And there’s a clip that has been circulating on social media that reportedly shows Shaq hooking them up at Best Buy.

Reactions to his generosity…

On Instagram, one commenter wrote “Shaq needa lend me that card right quick” while another added “He always doing something cool got to love the king Giant.” Someone said “Shaq getting them write offs” which I’m not sure exactly how that’d work… And other person added “that’s a dollar to him” which is pretty accurate actully.

Shaquille O’Neal has an estimated net worth of somewhere between $400 million and $500 million. I’d be pretty surprsied if he’s not a billionaire in the next ten years given how vast his empire has grown and how many investments he has his hands in.

A few thousand dollars to him isn’t life-changing money like it is to most people. And seeing Shaq spread around his wealth at a time when a lot of Americans are feeling the squeeze of inflation, it really is a testament to how nice of a guy he is and how blessed he’s been.