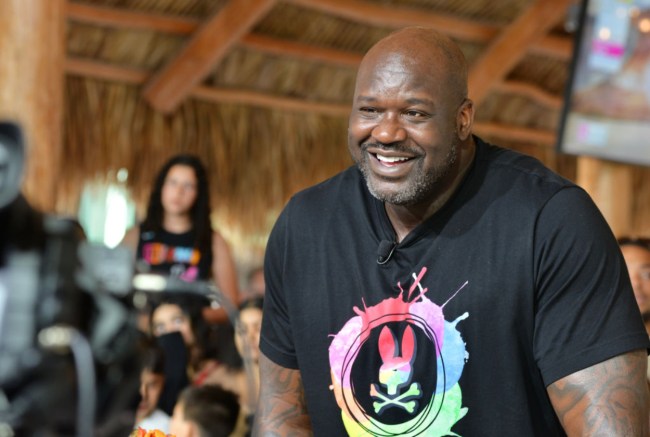 Shaquille O’Neal was feeling mighty generous this past weekend.

According to Page Six, Shaq took a mystery woman to Jue Lan Club on Sunday night. Instead of picking up the tab for himself and his date, he decided to foot the bill for the entire New York City restaurant.

Jue Lan is an upscale Chinese restaurant. While the entree prices aren’t outrageously expensive, they range between $25 to $40-ish. That quickly adds up, however, when you pick up the tab for the reported 40 tables inside the restaurant.

O’Neal didn’t make a scene when paying for everyone’s dinner, either. He reportedly asked the staff not to mention that he was paying the bill until he left the restaurant.

The bill was “well over $25,000.” O’Neal was also “extremely generous” to Jue Lan’s staff, according to the report. “He left them the biggest tip they’ve ever received,” a source said.

Picking up dinner for an entire restaurant is a pretty impressive move. Whether Shaq bought everyone’s dinner to impress his date, that doesn’t really matter, it’s still a very generous gesture and gave the 40+ diners a story they can tell for a lifetime.

Free dinner is always a great dinner, especially when someone picks up your check at an upscale Chinese restaurant in Manhattan.