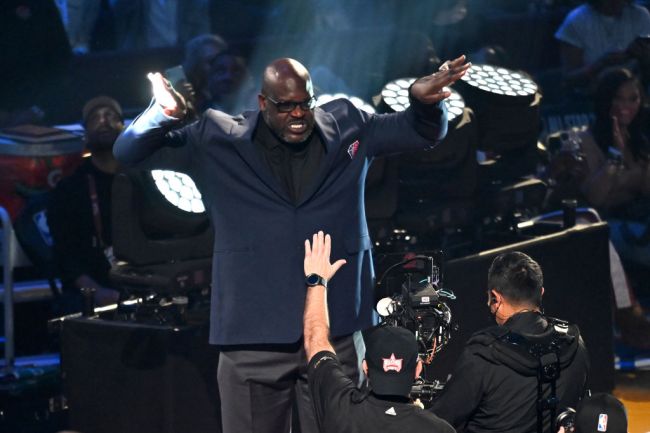 There are few people in the history of the NBA who know as much about winning with the Los Angeles Lakers as Shaquille O’Neal. That’s what makes it so shocking when he makes bold statements about the team like he did yesterday.

According to Shaq, if the Los Angeles Lakers make it through the NBA’s play-in games, they can beat the Phoenix Suns in the 1st round.

"If they make if to the eighth spot, they will beat Phoenix" 👀@SHAQ talks Lakers' playoff hopes on #TheBigPodcast: https://t.co/cjvFFep0RP pic.twitter.com/UdHjerZqt4

It’s difficult to picture how the Lakers would actually be able to beat the Phoenix Suns in a 7 game series. We’ve already seen this exact scenario play out last year when the Lakers were arguably a better team than they are right now. The Suns won that series pretty easily.

This year, the Suns have been the best team in the NBA and have managed to maintain their stranglehold on the league’s best record even without Chris Paul. Meanwhile, the Lakers just look like they can’t wait for this season to be over.

In fact, we might not ever even get to see how Shaq’s prediction would really play out. The Lakers could drop to the Western Conference’s last playoff spot with a loss to the Pelicans on Sunday. They are also currently only 2 games ahead of he 11th place Spurs.

Even if they don’t fall entirely out of the playoff picture, the Lakers are going to need to win 2 play-in games just to get a crack at the Suns. Both of those games could potentially come on the road.

Regardless of how the rest of the regular season plays out, the idea of the Lakers even giving the Suns a tough series seems unbelievable right now.