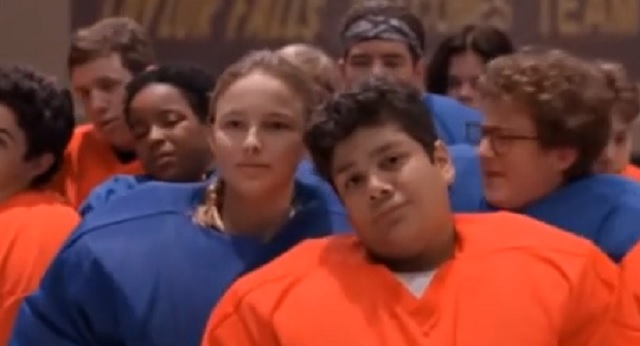 38-year-old actor Shaun Weiss who played Goldberg in “The Mighty Ducks” got arrested on Saturday in Northern California on a public intoxication charge according to police.

W On August 4th, at 12:47am, officers contacted Shaun Weiss near a business located on the 1700 block of Oro Dam Blvd. Weiss was arrested for being under the influence of drugs. He was transported and booked into the Butte County Jail. He was arrested for intoxication only and no further criminal proceedings are desired at this time, pursuant to 849(b)(2)PC.

This arrest marks the second time we’ve heard from Weiss in the last year. Unfortunately, the last time he surfaced the news wasn’t great either as he was sentenced to 150 days in jail for petty theft.

Time and substance abuse have been unkind.

Here is Weiss, just three years ago, doing a stand up set and looking more like his age and less like an elderly man who worked the graveyard shift at a lead paint factory his entire life.

Hopefully Weiss figures things out and gets his life in order.