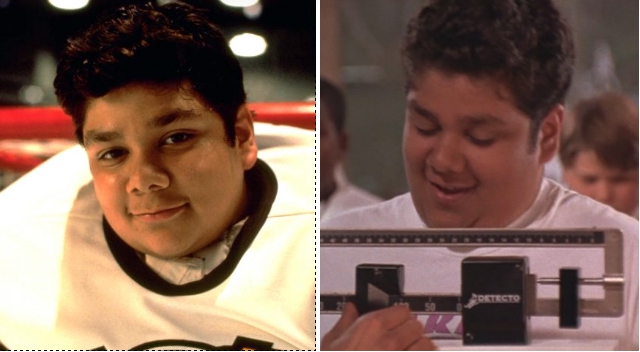 Shaun Weiss played essential roles in two of the best movies of the 90’s–Goldberg in Mighty Ducks and Josh in Heavyweights. Now 38-year-old, Weiss has shed that endearing baby fat and transformed into a full-blown criminal.

Weiss, who was most recently featured in a commercial for Captain Morgan, has been sentenced to 150 days in L.A. County Jail after stealing $151 worth of merchandise from Fry’s Electronics earlier this month, TMZ reports. Goldberg was stiffed with a harsh sentence because this marks the actor’s second petty theft arrest.

His manager, Don Gibble, confirmed the sentence to Page Six on Monday.

“Hopefully when he gets out he will go to rehab so he can stay sober.” Adding “[Shaun] hopes jail will help him, and maybe while he is in jail he will write something.”

Gibble is referring to writing jokes, as Weiss has tried his hand at performing stand up. His act is super self-deprecating, poking fun at how talent managers confused his predilection for being a wise ass as a kid with talent.

The super unreliable Celebrity Net Worth site lists Weiss’ as $150,000.

I choose to remember Shaun Weiss as the pudgy kid who had no business being the goalkeeper on that stacked team.

I blame Coach Bombay for trying to bang Charlie’s mom rather than instill some values in his players.

P.S. I use Goldberg’s “nice haircut, what you lose a bet?” line every time my roommates come home with a cut their self-conscious about.