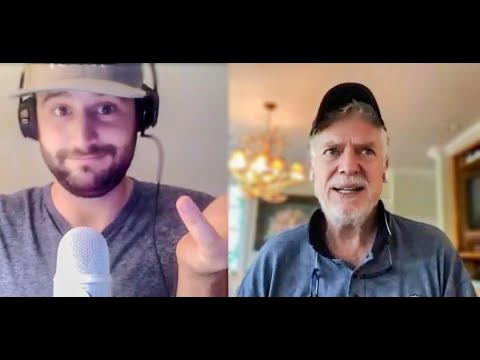 Shooter McGavin, who was played by Christopher McDonald, is one of those fictional characters that we refuse to believe is fictional. He was so true to character and someone that brings back your glory days of watching ‘Happy Gilmore’ as a kid over and over. I can’t tell you how many times I will throw up the “shooter” symbol after rolling in a putt on the golf course that I had no business making. His expressions and sayings have lasted a lifetime from the Adam Sandler hit. McDonald joined The Brilliantly Dumb Show this week to discuss his upcoming collaboration with PGA Tour 2K21 that dropped on Friday, Aug. 21.

Shooter and 2K is definitely a collaboration we didn’t know that we needed, but we certainly did. It keeps the legend of ‘Happy Gilmore’ alive in the golf world which nobody could argue is a bad thing. McDonald went into detail throughout the interview on what the process of making ‘Happy Gilmore’ was like and how his life evolved into now being a part of not only a video game but golf itself. Be sure to check out the entire interview with Shooter himself on YouTube, Apple Podcasts, or Spotify.