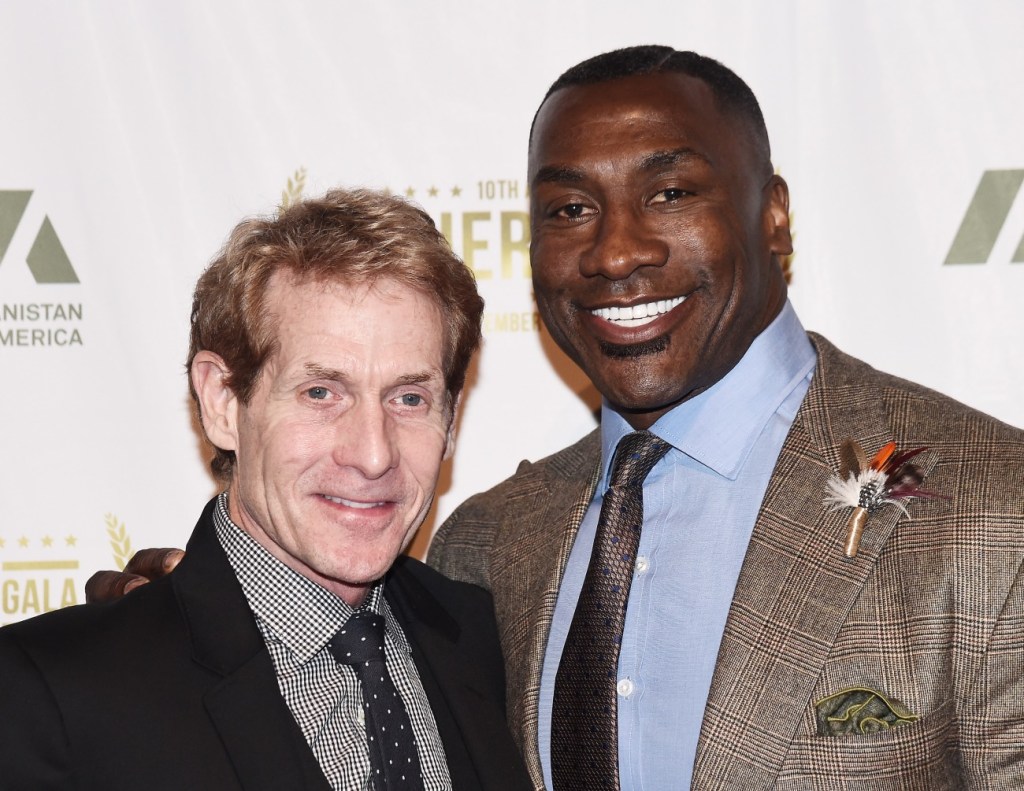 The Skip Bayless vs. Russell Westbrook feud just got raised a notch. Skip’s been going after Russ for weeks, or ‘Westbrick’ as Bayless calls him.

Things got so heated last month that Russell Westbrook seemed to threaten Skip, only to see Bayless double down and attack Russ as the ‘most overpaid player’ in NBA history.

To Skip’s point, Russ has earned $288,581,670 so far in his career and the 2017 NBA MVP has zero rings to show for it. He’s a 9-time NBA All-Star with zero championships and he’s not getting any younger which seems to at least partly fuel why Skip Bayless can so easily get under Westbrook’s skin.

On Thursday’s Undisputed, Skip Bayless went after Russell Westbrook again. This time comparing Westbrook’s situation to James Harden taking a pay cut with the Philadelphia 76ers in order to chase a championship.

"Harden did something Russ is incapable of doing: he looked in the mirror. He knows he's not Houston James anymore. He's looking at his hands and sees zero rings." — @RealSkipBayless pic.twitter.com/NRKdnGStb2

“But the point is, James Harden did something Russ is incapable of doing: he looked in the mirror and he said ‘I don’t love what I see anymore because I’m not that guy. I’m not Houston James anymore. I’ve played 13 years, I’m looking at my hands, I got zero rings. I don’t have anything, I got no jewelry (that) matters.’ He’s got a lot of jewelry but none that counts the way you (Sharpe) have three rings that count.”

It’s amazing that Skip Bayless was able to throw such devastating strays at Russell Westbrook while doing a segment that’s both demeaning and praising James Harden. Skip goes from talking about how Harden’s basically done nothing of value in his career (as Skip sees it) to somehow praising him for taking the pay cut to help the team.

What are fans saying about Skip’s latest comments?

He's gonna look at his hands after the 2023 season and see the same thing once again too.

Show me the lie:

He's gonna look at his hands after the 2023 season and see the same thing once again too.

I’m all about player empowerment when it comes to making money. But in this case, James Harden has cost himself and his reputation for three years. He knows it's time to make a sacrifice. I applaud that. More @Undisputed, now on FS1 https://t.co/Qqd3Yd8jYi

Russell Westbrook really gains nothing from bickering with Skip Bayless on Twitter. If he was smart, he’d just not engage with Skip. But for the sake of entertainment, I really hope he does.