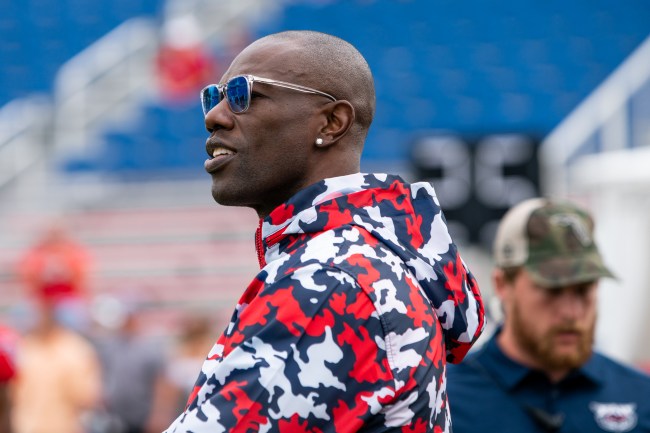 The current wide receiver situation in Tampa Bay has been a popular topic of conversation this week. Antonio Brown is no longer a Buccaneer even though he still appears on their active roster, further thinning a Bucs wide receiver corps that was arguably the best in football this year.

That has led to plenty of speculation over how the Tampa Bay Buccaneers will acquire to fill in for the injured Chris Godwin and the absent Antonio Brown. It has also led to one future hall of fame throwing his hat in the ring.

Yesterday, Terrell Owens said that he would be interested in replacing Antonio Brown. Today, Skip Bayless weighed in on the possibility.

TO is in the best shape of any 48-year-old in the world. If Tom Brady bought in, TO could step in right now and produce at some level. I believe he’d be an addition to this team. More @Undisputed, now on FS1 https://t.co/RJxttNQzOr

Bayless seems to believe that Owens could contribute for the Tampa Bay Buccaneers, but you really have to wonder if that 3 catches for 45 yards that Skip thinks is reasonable would actually make a difference.

The Bucs may be down two superstars, but there’s plenty of reason to believe that players like Tyler Johnson and Cameron Brate could step up for the rest of the year. Brate has served as the team’s top tight end in past seasons.

Tyler Johnson had high expectations entering the league and has played well when given opportunities. This weekend, he had 4 catches for 50 yards against the Jets. The Bucs should probably at least give him a shot since he could start next year as their #2 wide receiver.

There are also some other viable free agents available right now. John Brown is currently without a team and was a 1000 yard receiver just two years ago. Golden Tate was cut yesterday. Larry Fitzgerald is also a name that’s crept up as a possible option for the Bucs.

All of those guys should be better options than a 48 year old Terrell Owens. However the Tampa Bay Buccaneers end up handling this situation it is sure to draw plenty of scrutiny with the impact it could have on their chances to win a second consecutive Super Bowl.