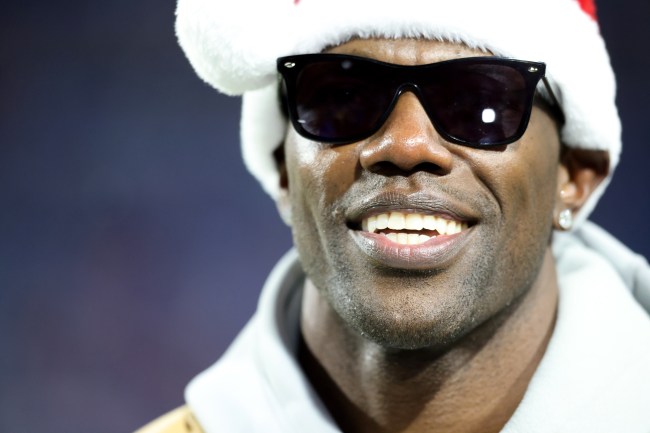 Just a couple of days after making it clear he did not want to be compared to Antonio Brown, Terrell Owens has given fans a reason to compare him to Antonio Brown. Today, Owens announced that he wants to replace Brown in the Tampa Bay Buccaneers’ receiving corps.

On his show “Getcha Popcorn Ready with T.O. and Hatch”, Owens stated he believes that he can still help the Bucs on a playoff run.

“If you think about where they are in the season, they don’t need me for a 16-game season. Three to four games at the max.”

“So, yes, I feel like I can go in, I can contribute at a high level and can be productive.”

It’s not the first time we’ve heard talk of a comeback from Owens. In fact, it was just earlier this year that T.O. was talking about a possible NFL return.

Terrell Owens has made sure to let everybody know that the constantly keeps himself in shape to make a return and he certainly has the numbers to back up his playing ability. He’s 3rd all-time in receiving yards and receiving touchdowns. He also claimed he ran a 4.4 40 yard dash this summer.

The Buccaneers are reportedly in the market right now for a wide receiver now that they’re down AB and Chris Godwin, but even on a team that rosters Tom Brady, signing a 48 year old wide receiver seems unlikely. In fact, if I was calling a future Hall of Famer, I’d probably call Larry Fitzgerald first.

Still, I can’t help but hope that Terrell Owens actually does end up on the Bucs. Whether or not it worked out, it would certainly provide fans with some entertainment for the rest of the season.