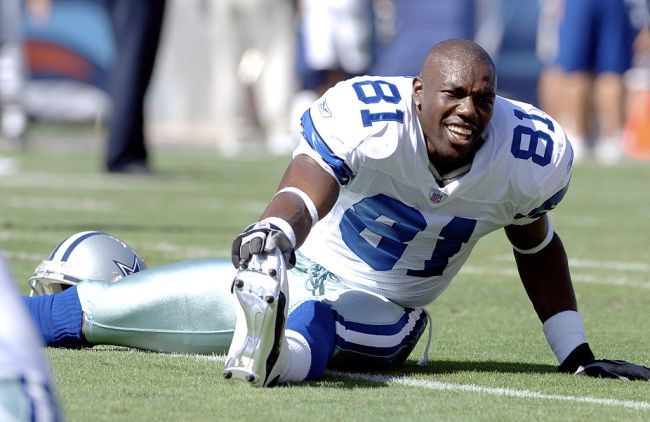 Terrell Owens is already a NFL Hall of Fame wide receiver but he might not be done playing just yet. In an interview with TMZ Sports, the 47-year-old NFL  said that he wants to return to the gridiron.

“I’m not washed up,” Owens said. “Once you know how to ride a bike, you know, you don’t forget how to ride that bike.”

Although T.O. has not played a regular-season down in the NFL since 2010, he insists that he is ready to go whenever he gets the call. In fact, he claimed to have run a 4.4-second 40-yard-dash as recently as last week.

Owens, who recorded 983 yards and nine touchdowns on 72 catches more than a decade ago, recently showed his skills at Deion Sanders’ recruiting camp. Sanders, the head coach at Jackson State University, lined Owens up against prospective recruits and it was ugly.

There will always be a mismatch between a junior or senior in high school and a 14-year NFL veteran. Even still, Owens straight flambéed some of the top high school talent in the country.

It certainly looked like he’s still got the moves and one professional franchise may have taken notice. Owens said to TMZ that he has drawn interest from at least one “individual” in the NFL this summer.

It is unclear what “individual” means or who he is, but they asked Owens to “keep himself in shape” because “anything can happen.” So that’s exactly what he is doing.

“There’s no doubt, 100 percent, that I can play in the National Football League today,” Owens said.

GET YOUR POPCORN READY!

In the meantime, while T.O. stays fit, he’s working on a new podcast that drops every week.

Getcha Popcorn Ready with T.O. and Hatch will be produced in Los Angeles and distributed by Fubo Sports Network as a vodcast and audio podcast series. New episodes will air every Sunday at 8pm ET/PT.