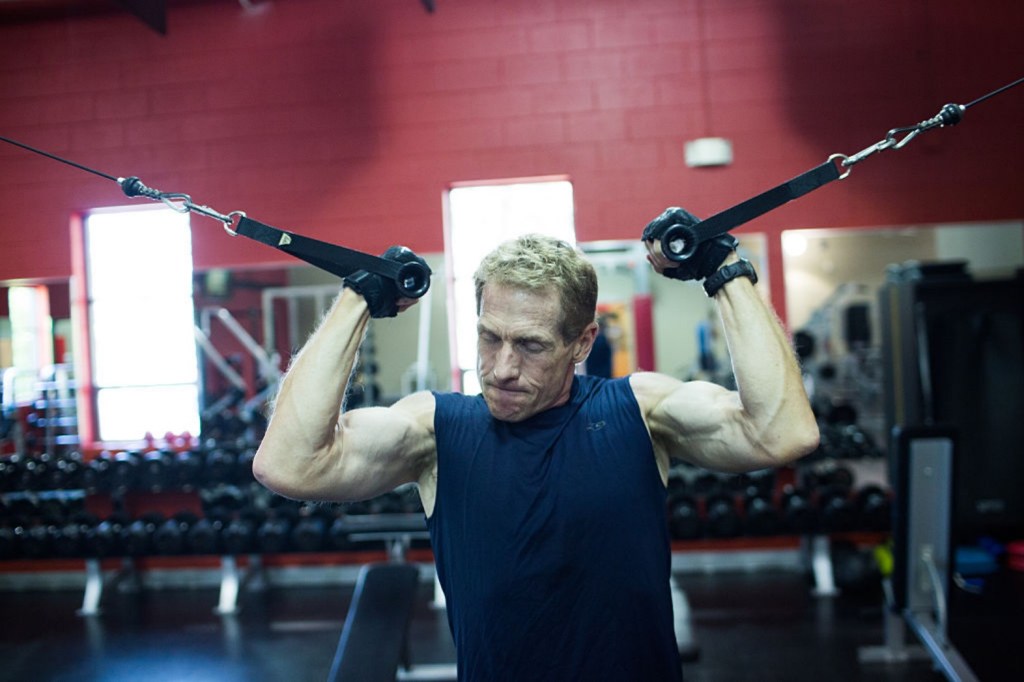 Stop me if you’ve heard this one before: Tim Tebow is no longer in the NFL. He was cut on Tuesday from the Jacksonville Jaguars and released by his former Florida Gators head coach Urban Meyer. Tebow now has enough time to prepare for whatever SEC Network/ESPN job miraculously pops up in the coming days.

Everyone I know saw this coming and that includes A LOT of diehard Tebow fans. I was born and raised in Florida and in college during Tebow’s heyday in Gainesville. I’ve got friends who still maintain he could’ve been one of the greatest NFL quarterbacks ever if he was given a chance.

It’s hard to keep track of what Skip Bayless actually thinks or says because it changes by the minute based on whatever’s good for ratings that day. But in 2012, Skip Bayless and DJ Steve Porter won a Webby Award together for a video mashup “passionately defending” Tim Tebow. Skip has a LONG history of defending Tebow.

Get you a girl as loyal as @RealSkipBayless is to Tim Tebow pic.twitter.com/mfNSLA6PZB

Ryan Phillips of The Big Lead pointed out earlier today how Skip Bayless was just sending prophetic tweets about Tebow’s “masterful job” and now he’s been cut. These tweets have aged like a glass of warm milk.

I see Tebow is getting ridiculed for … a block??? The 3rd-string DE he was supposed to take out with a wham block crashed down, completing misplaying a run to his left. He was so out of position that Tebow needed only to chip him. The runner broke free. TEBOW DID HIS JOB.

Urban Meyer and Tebow have done a masterful job of derailing TeBow Mania. Zero interviews. Buried on the depth chart. Allow him to be ridiculed as a "tight end." Keep him under wraps as what he'll be: an H-back on goal line/short ydage who will gain key yds and score TDs.

JUST WATCH: Tim Tebow will contribute to winning for a coach in Urban Meyer who knows better than anyone how Tebow's all-time intangibles can impact a team. He'll play H-back, run or catch/run the ball 3 or 4 times a game, maybe even play special teams. All He Does Is Win.

It would be pointless to do this article without including some random Skip Bayless tweets over the years praising Tim Tebow as the messiah. So here we go…

Tim Tebow was given 1 longshot chance, and only 1, to be a starting NFL QB. He took Denver from 1-4 to the division title, playoff win over Big Ben. Now in only his 2nd yr of pro baseball at age 30, he's a Double-A All-Star. RARE ACHIEVEMENTS BY RAREST COMPETITOR. Still scoffing?

For the record, I said before Tebow's draft if you took him bottom of first round (as Denver did) and let him run his college offense, he would win games. All he did was take over a 1-4 team, lead it to a division title, beat Big Ben in a playoff game, never get another chance.

Taysom Hill is a little more athletic runner than Tebow, maybe a little more accurate thrower. But his two deep balls fluttered. And what elevated Tebow in 2011 was that he had the NFL's best QBR in the last 5 minutes of games. All-time clutch. Hill hasn't had to be clutch yet.

We're about to compare Lamar Jackson and Tim Tebow. Next on @undisputed

TEBOW TIME: Shannon and I are about to do battle over whether Urban Meyer signing Tim Tebow was a good idea or a bad idea. How about a great idea? Now on @undisputed

Zach Ertz is yet another reason I believe Tim Tebow will be nothing more than Urban Meyer's designated scoring machine. Now on @undisputed

It took me years to be able to say this, but now I’ll begrudgingly admit that Tim Tebow was one of the greatest college football players of all time. His tenure in the NFL? Not so great. Well, he’s been playing minor league baseball in obscurity for a few years instead of football and I think that speaks for itself.

Pour one out for Skip Bayless and Tim Tebow today.

A sad day for both guys