Skip Bayless’ Wife Is Mad At Him Over Bronny James Comment 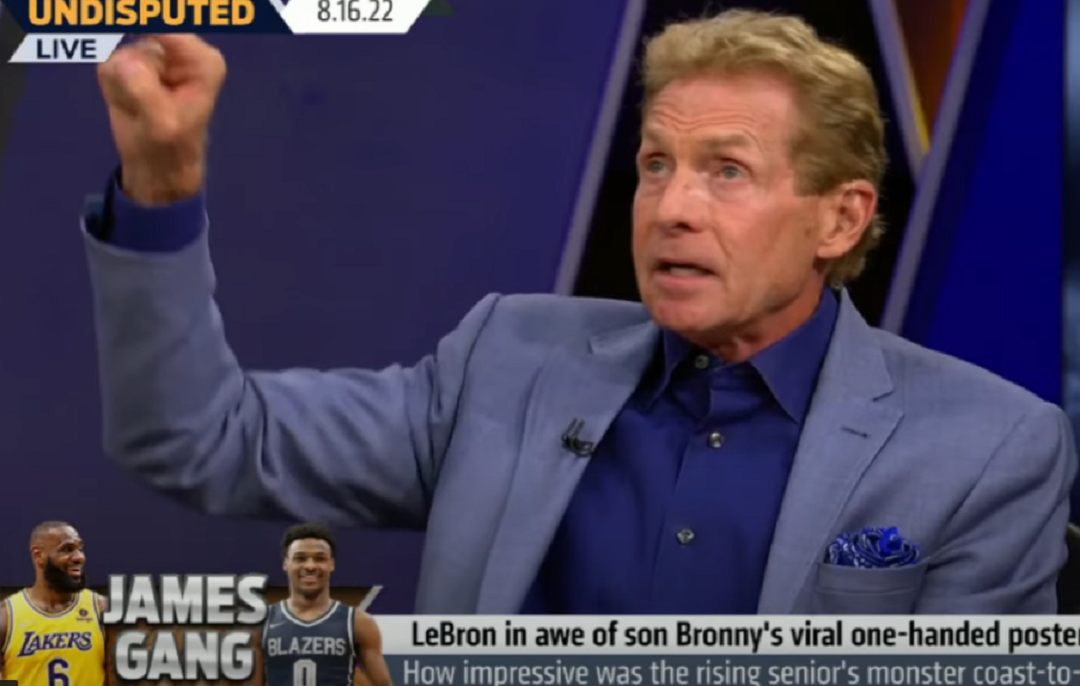 Skip Bayless is in the doghouse after commenting on Bronny James’ game.

On Tuesday, Bayless trended on social media after he appeared to criticize LeBron’s 17-year-old son for dunking the ball with his left hand instead of his right hand.

Hey, Bronny … impressive. But your dad would've dunked it left-handed. You sure got away with it, though.

Skip addressed his tweet on the latest edition of Undisputed and said that his wife Ernestine told him to stop talking about the high school player on air.

“I don’t read my comments on Twitter, so at the end of the night, Ernestine says, well you did it again…and she said I’m getting a bunch of google alerts, you’re getting ripped for ripping this poor kid, you gotta lay off the kid, and she was on LeBron’s side and Bronny’s side as usual.”

The FS1 host said that he wasn’t going to back down about talking about LeBron’s son because he feels Bronny’s basketball career is relevant to the show.

“I wasn’t criticizing Bronny, I was merely commenting on a young man who is going to be a focal point for this show and to everybody else from this point forward.”