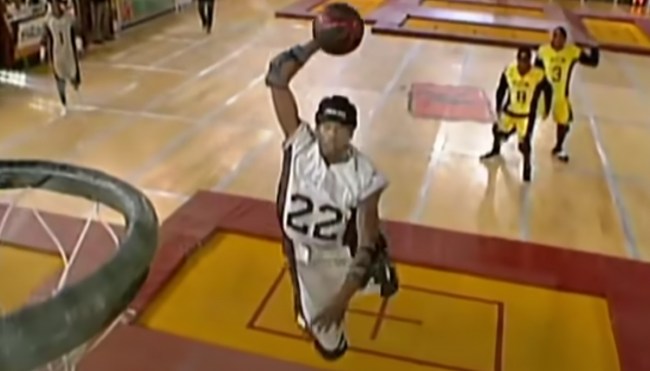 There are plenty of words you can use to describe what America’s cultural vibe was like around the turn of the millennium, but I can’t think of many adjectives that sum up the spirit of the era than the one marketing teams slapped on seemingly every product imaginable: Xtreme.

The rise of that xtremely ubiquitous buzzword coincided with the rise of xtreme sports like skateboarding, BMX, and the other activities championed by the members of Gen-X who helped popularize events like the X Games (and likely caused a spike in the number of people who visited the hospital to get X-rays while trying to imitate them).

I promise I’ll stop there.

That increased appetite for over-the-top and adrenaline-inducing entertainment presented a valuable opportunity for people looking to capitalize on the moment and undoubtedly played a role in Vince McMahon’s ill-fated decision to take on the NFL with the XFL in 2001.

That upstart league may have folded after its inaugural season, but in 2002, a brand new sport emerged that had the potential to fill some of that void: SlamBall, a full-contact hybrid of basketball and hockey played on a court surrounded by Plexiglass that featured four Olympic trampolines underneath each basket.

If it sounds absolutely insane, that’s because it was.

SlamBall managed to have a bit more staying power than the XFL, as its first two seasons were broadcast on Spike TV before it essentially fell off of the map thanks to a contract dispute between creator Mason Gordon and the television network. However, it still occupies a special place in the hearts and minds of many people who fondly remember that glorious era.

I count myself among that group, and as a result, I’m absolutely ecstatic about the unexpected development the world was treated to on Wednesday when Gordon chatted with TMZ Sports and revealed SlamBall will be coming back next year.

Details are currently very scarce, as Gordon (who got his start in television as a producer and also wrote an episode of Kenan & Kel) didn’t share much aside from the plan to bring SlamBall back from the dead in the summer of 2023.

However, plenty of people are already gearing up for its grand return.

I need Zion Williamson bought out of his NBA contract and into a Slamball contract ASAP https://t.co/RDQO7DKPgM

Slamball is coming back! Hopefully the games are during nba season so I can stop watching the #Knicks pic.twitter.com/J713falHNe

Being able to gamble on Slamball would be an electric experience https://t.co/LQtl0GGT6W