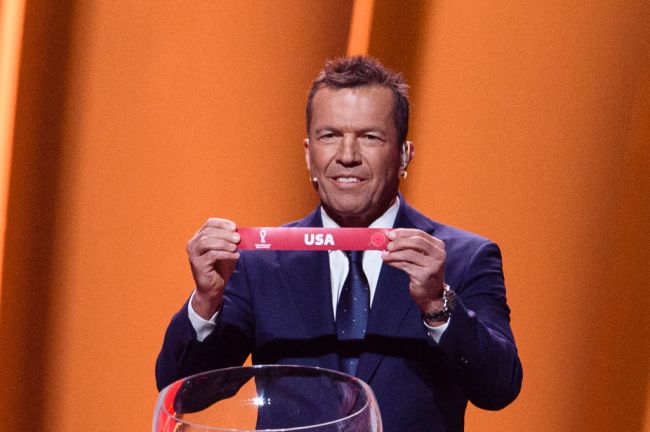 Today was one of the most anticipated days in all of world football. Today was the day that fans of World Cup qualified teams would find out their group stage draws.

For American fans, it was a welcome sight after missing out on the tournament in 2018. Fans of the US Men’s National Team came into the day with high hopes for a group that would provide them a clear path back to the knockout stages after making it there in 2010 and 2014.

The USMNT ended up with a Group B that features England, Iran, and the winner of the UEFA playoff between Scotland, Ukraine, and Wales.

It’s certainly a group that the USA can advance from, but it’s going to be a difficult road to the knockout stages.

England was the runner-up at this summer’s Euro and is considered to be one of the favorites to win this World Cup.

Iran is currently FIFA’s 21st ranked team in the world, is the top team in the Asian Football Confederation, and has a defense that kept 7 clean sheets in 10 matches in the final round of qualifying.

Wales is a strong team in European competition and features Gareth Bale, who is still capable of creating magic for his home nation. Ukraine will have the entire world behind them if they qualify for the World Cup. Scotland won their last 6 matches in World Cup qualifying and allowed.

At the end of the day, it seems fans of the USA have just one thing on their mind, though.

So #USMNT vs England on Black Friday? Yea, that works

Christian Pulisic leading America to back to back Revolutionary War championships #usmnt pic.twitter.com/yH3wJXPSKf

Beats the hell out of getting Germany-Portugal-Ghana