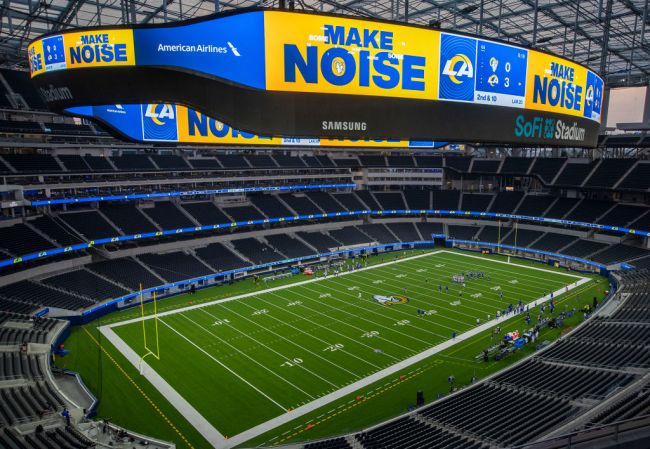 The Rams and the Chargers faced each other on Saturday night in the first NFL game at the $5.5 billion SoFi Stadium with fans present, but unfortunately, those who did go to the game learned about the crappy expensive food being offered.

Apparently, SoFi Stadium is selling a nasty-looking slice of pizza for $15.

Here’s a better look at the pizza and paying anything close to $15 is just straight-up robbery.

Ima need y’all to do better .. this 2×2 dry ass pizza was $16. It’s a NO for me big dawg. I want a refund. 🤨 @SoFiStadium #sofistadium #preseason #RamsHouse pic.twitter.com/Lxvs69ReZF

At least the stadium looks nice despite the crappy food being served.

The Rams take the field at SoFi Stadium for the first time in front of their fans. pic.twitter.com/PaSGPlyM3n