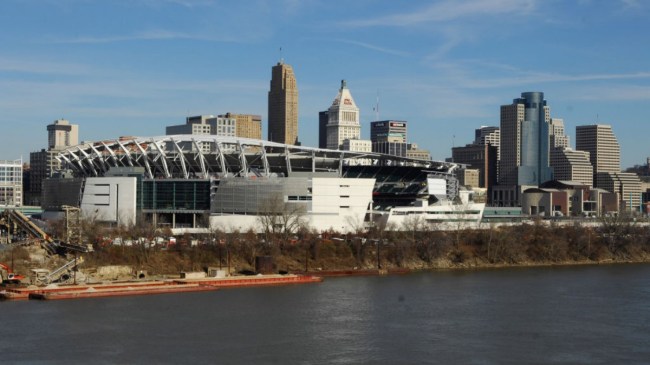 The NFL has its latest recording scandal on their hands.

The Miami Dolphins find themselves on the road right now preparing for a Thursday Night Football clash against the Cincinnati Bengals. Unfortunately for the Dolphins, it seems security was a bit lax for their last practice before the game.

NFL security is going to be massively pissed about this. They take this stuff seriously when a club is on the road. https://t.co/wDoOySLxYz

It’s not entirely clear how the NFL will handle this as it wasn’t anybody affiliated with a team that was recording, but there is sure to be some kind of action taken on this as this is a serious issue for the league.

The NFL has taken the recording of teams’ practices very seriously ever since a certain other AFC East ran afoul of the rules.

That was, of course, the New England Patriots’ spy gate scandal. The Pats were found to have been recording the New York Jets’ coaches from an unauthorized angle. That infraction led to Bill Belichick being fined $500K, the team being fined $250K, and the Patriots losing their first round pick in the 2008 NFL Draft.

The Dolphins already have plenty working against them this week with a road trip to take on the Cincinnati Bengals who finally seemed to get going in Week 3 against the Jets and with Tua Tagovailoa dealing with injuries.

Now the Dolphins will also have to deal with their last practice of the week having been leaked to the public.