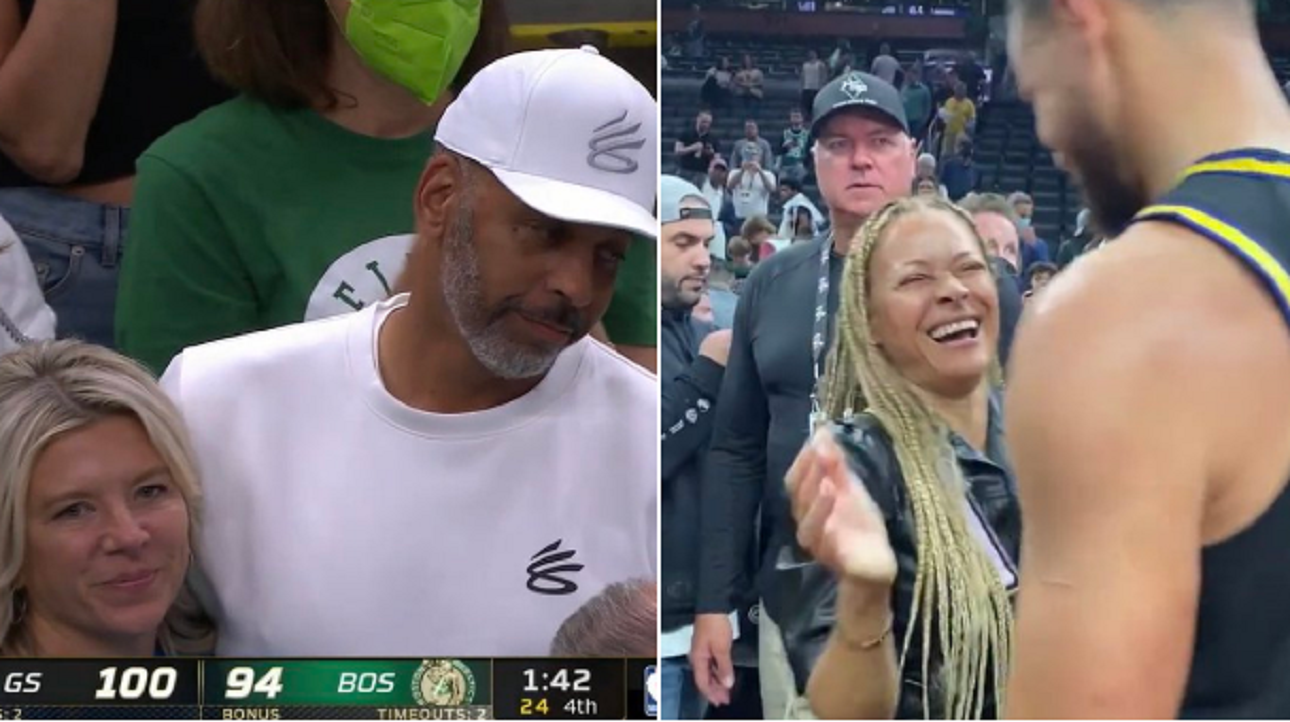 The divorce of Steph Curry’s parents is on full display during the NBA Finals.

Late in game 4, Dell Curry was seen getting close to a new woman while celebrating a three pointer.

I see you Dell Curry pic.twitter.com/HW2juF31nv

Why Dell Curry’s new boo and Sonia’s new man look like they used to be married to each other?😂😂😂 pic.twitter.com/AEqh9kmVhM

It is worth noting the Dell Curry accused Sonya of cheating on him by having an affair with Johnson before during their divorce.

In the docs, Dell says Sonya “began her extramarital affair with Mr. Johnson during the marriage and prior to the date of separation, and she lied to [Dell] each time she cheated on him.”
Dell, in the docs, says Sonya is actually living with Johnson in Tennessee … and claims she should not be entitled to alimony because of it.