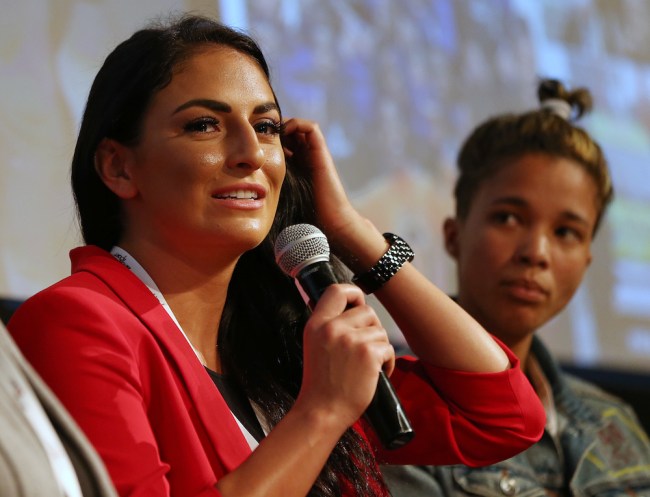 Stalkers will go to any length to get closer to celebrities.

In this case, a fan obsessed with WWE star Sonya Deville broke into her house while she slept with the intent to kidnap her – or possibly do her harm.

Thomas allegedly traveled from South Carolina to Deville’s home in Lutz, Florida, with the intent of taking the professional wrestler hostage.

The Hillsborough County Sheriff’s Office said the homeowner – not naming Deville specifically – was targeted for the 2:45 a.m. break-in. Deville and a guest were alerted to Thomas being in the house when the security alarm went off.  The suspect broke in through a sliding back door after Deville went to bed.

Here’s where the situation gets even creepier – before getting inside the house, the suspect allegedly cut a hole in a patio screen and waited there for about four hours.

Thomas was still at the house when officers arrived and had a knife, plastic zip ties, duct tape, and mace.

“Our deputies are unveiling the suspect’s disturbing obsession with this homeowner who he had never met, but stalked on social media for years. It’s frightening to think of all the ways this incident could have played out had the home alarm not gone off and alerted the homeowner of an intruder.”