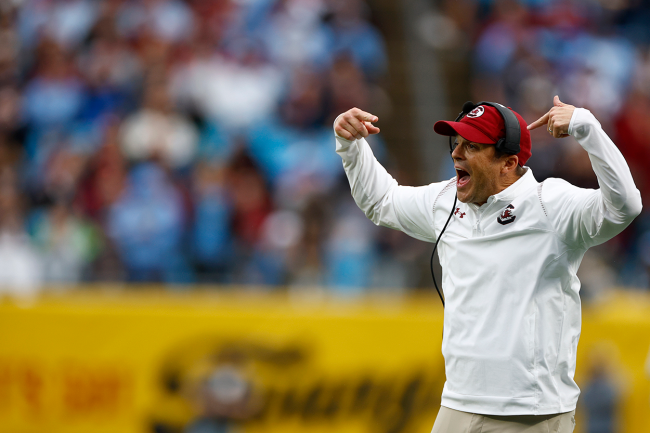 South Carolina football has a lot of momentum rolling into the 2022 season. The Gamecocks are coming off of a 7-6 season with a bowl win over North Carolina in what was supposed to be a rebuilding year under first-year head coach Shane Beamer and have even bigger goals for the fall.

A large part of that hope and excitement around the program is who the program brought in during the offseason. Spencer Rattler was the huge get, of course, but South Carolina added a lot of quality transfers and freshman to supplement their new quarterback.

To introduce the new faces to their fanbase — and the country — the team created a Full House intro tribute. All of the new players, and a few special guests like Dawn Staley, were featured in the video that closely mirrored the intro scene to the famous 90s sitcom.

The new players and coaches featured are as follow:

South Carolina’s video team absolutely nailed it. The video is so perfect, from the font to the song, to the red car opening, to the vintage filter. Take a look:

The Gamecocks are crushing it off of the field, now it’s time to go win some games!