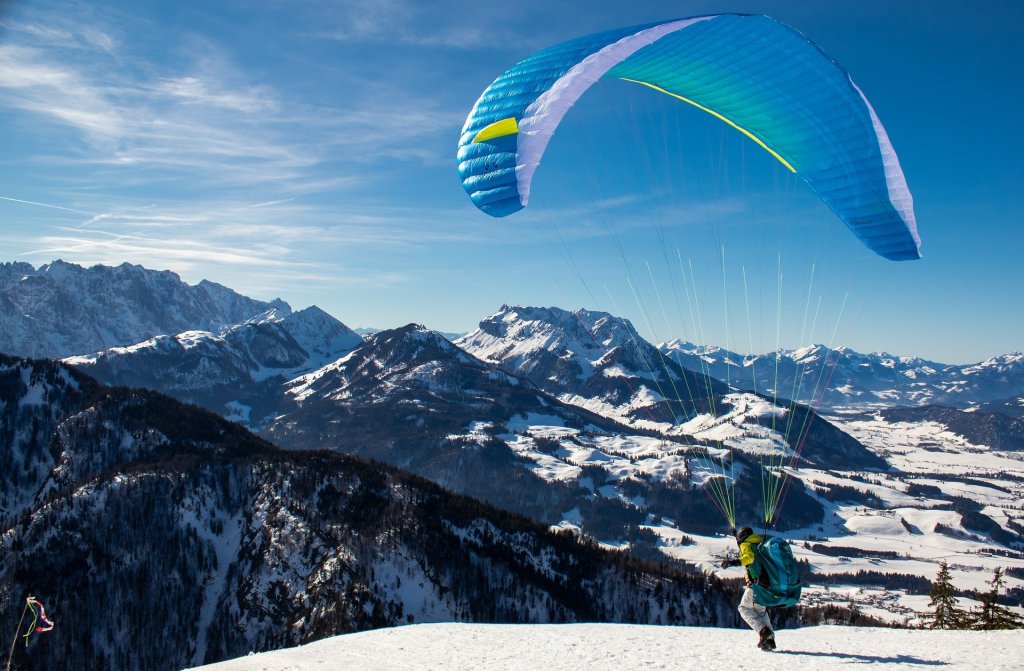 Speed Flying is a sport fit for only the craziest of athletes. It’s a kind of paragliding that’s done at extreme speeds similar to wing-suiting. The combination of parachuting and paragliding was what created this new sport but it’s got a pretty small group of athletes because (1) you need very specific and dangerous mountains to do it and (2) you have to be certifiably insane to go Speed Flying.

Now that you have some idea of what this is we’ll jump to some of the wildest Speed Flying footage you’ll ever see. There’s this rock formation in Switzerland called “The Crack” which looks impossible to me. I’m sure there are people out there who would struggle with hiking this pass let alone flying through there at high speeds with a parachute.

Here we have the POV footage from Alexandre Mulle as he navigates this treacherous pass and for anyone out there who has really been missing roller coasters over the past year, this could be your fix. Watching this, I found myself thinking about how nauseous I’d be getting if I was wearing VR goggles which makes me think I’d probably be throwing up if I was that dude and doing flips in a parachute like that. Motion sickness isn’t something I’ve ever struggled with but this looks next level.

If you’re wondering why the trees are all brown and the mountain isn’t covered in snow it’s because this clip was posted to Alexandre Mulle’s YouTube channel back in November when the weather was just beginning to turn. But I came across it on Twitter via The Intertia and thought you gentlemen would enjoy this footage.

It looks like the last time I wrote about Speed Flying here on BroBible was back in 2016 when this insane clip from The Alps blew my mind. Check it out:

I probably said this back in 2016 when I saw that clip and I’m thinking it again now that I’ve seen this recent one, but Speed Flying really is such an incredibly awesome sport I wish I could pay more attention to. But I live in Florida and there’s not a single mountain in the state so I’ll have to absorb it all from YouTube for the foreseeable future.