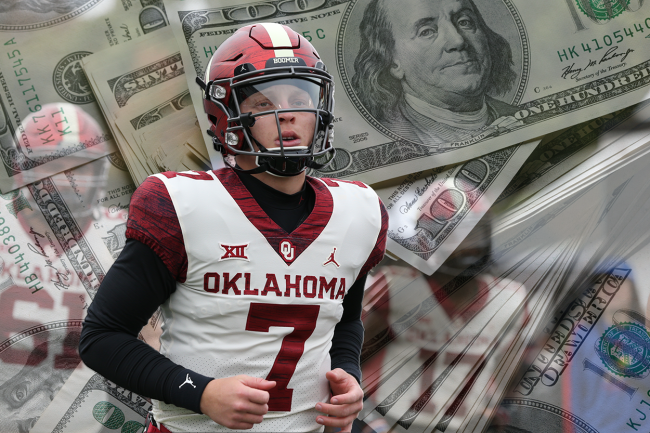 When Spencer Rattler chose to transfer from Oklahoma, he left behind a lucrative, transportation-based deal for his Name, Image and Likeness. Now that he is settled at South Carolina, he is making up for what he lost by leaving Norman with his most recent partnership in Columbia.

Prior to the 2021 season, as QB1, Rattler signed a deal for his Name, Image and Likeness with one of the biggest car dealerships in the Oklahoma City area. Fowler Automotive Group partnered with Rattler in late September and gave him two new Dodge vehicles— one sports car and one pickup truck.

Rattler, who began the year as a Heisman Trophy candidate, was benched in favor of Caleb Williams against Texas. From that point forward, it was Williams’ team.

After Rattler was benched, Jonathan Fowler, the president of Fowler Automotive, said that the Sooners quarterback would get to keep both vehicles. Given the opportunity to stand by the company’s partnership, his reasoning was extremely weak, but he made it clear that nothing was going to change.

Even though he was the backup at Oklahoma during the second half of the season, Rattler kept his deal. He was able to keep driving his two Dodge whips.

When he chose to transfer, however, it was a different story.

Fowler’s agreement likely required Rattler to be enrolled at Oklahoma to receive the vehicles. That, or Rattler gave them back on his own accord.

Either way, his uncle says that they were loaner cars. Thus, when Rattler transferred to South Carolina, he was without a car.

Over the weekend, Rattler received a brand new Chevy Silverado from Jim Hudson Chevrolet of Columbia. He and the dealership announced their partnership on Twitter.

I appreciate @jimhudsonchevy for taking care of me. Great group of people. Been loving the new ride! 💯 https://t.co/sk2ykMdoLw