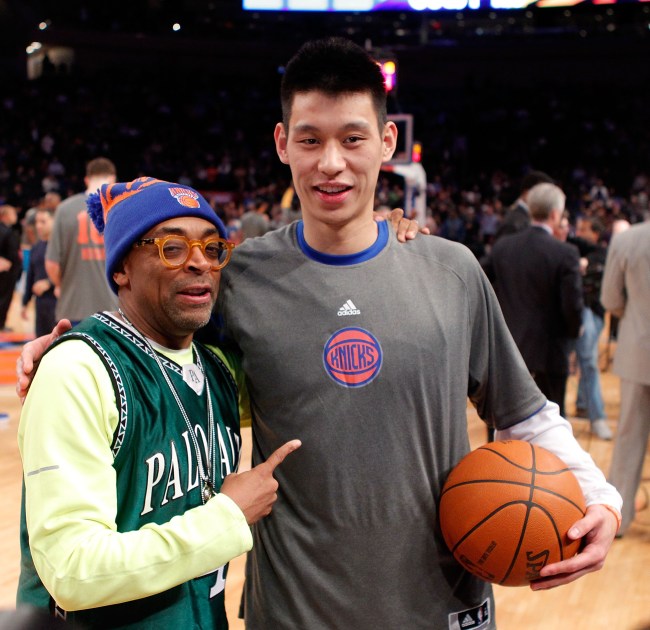 Jeremy Lin went to Harvard. A lot of people know that. So did I. Not enough people know that. We had Linsanity before Linsanity. I saw it on a local level. The guy made Harvard basketball a thing. Harvard students don’t typically give a shit about the athletics, mostly because the sports we actually dominated on a national scale were fencing, rowing, squash… the sort of sports you tailgate with crudité. But out of nowhere, this Asian phenom started dunking on UConn and the Friday night library crowd plugged out of their outlets and swept in to the bleachers, googling the rules of basketball along the way.

But the students only seemed to worship Lin from tipoff to buzzer. After that, their focus returned to senior theses and career fairs. I took a class with Lin—Science A-35: The Expanding Universe. It was a science core that was rumored to be easy, as evidenced by the preponderance of DHA sweats in the lecture hall (DHA stands for Department of Harvard Athletics. Every athlete received these standard-issue sweats at the start of the year. The cooler sports would never wear them though, preferring their sport-specific Nike sweats. Only the cross-country chumps and the sandbox jumpers on the track team wore their DHAs.) Jeremy and I had “sections” together, which were the smaller group meetings with teaching assistants who checked in on your problem sets and other homework. He was a quiet guy, always dressed in his Harvard basketball leisurewear. I knew a few of his teammates and sometimes I’d walk out of class with them. Not once did they ever invite me to join them for lunch in the dining hall. Nor can I recall anyone approaching him to congratulate him on his performance, to ask him for a picture or shake his hand. He was just another student-athlete at a school that didn’t have time to give a shit about the athlete part.

Years later, I would visit a girlfriend in medical school at UNC. Walking through the campus one evening, I saw some massive dude lumbering slowly into the library. He wore full sweats embroidered with the stitching of the vaunted Tar Heel basketball team. He was accompanied by some mousy, bespectacled kid strapped in to a UNC basketball backpack. I could be totally wrong, but it certainly looked like the big fella had been assigned a “tutor” aka “homework sherpa” aka “eligibility guardian”—carrying his books and subbing in to fire off the odd page or ten of a final paper ahead of a Duke game. Before they entered the library, a group of bros stopped him for a picture which, lol, the tutor had to take. Who knows, maybe the tutor was given season tickets for his service.

This scene affirmed something I’d always heard—that ACC athletes are treated as celebrities on campus. The contrast between how this UNC player was treated versus how Jeremy Lin could walk across our campus in almost complete anonymity, even at the height of his college prime, was both hysterical and sad. Not that it would matter at all in a few years, when the real Linsanity movement exploded across the world. But I always wondered whether it bummed Jeremy Lin out that he didn’t get the red carpet treatment at Harvard that players with half his ability enjoyed at UNC.

That’s the extent of my personal experience with Jeremy Lin. I tell you this to set the stage for a hilarious exchange I had with Spike Lee a few years ago at Madison Square Garden. I was at a Rangers game and there was Spike Lee, trading his Knickswear in for a down parka more suited to the icy clime of hockey. At intermission, I found my way over and said hi:

I met Spike Lee at a Rangers game once. I told him I took a class on his films in college. He asked where (thank God) & I said Harvard. He askd if I knew Jeremy Lin. I said we took a science core together. Then he asked if Lin was really a virgin. I said I dunno & he said "damn."

Here I was, trying to impress Spike Lee with my scholarship of his work. And here was Spike, rerouting the conversation towards Jeremy Lin’s sexual abstemiousness. Only later did I learn that Lin, a devout Christian, was open about his abstinence. I also learned that he had led a bible study among his Harvard teammates, which might explain why they never invited me to join them for lunch: while I was fishing for common ground over the bookish sex appeal of our teaching assistant, they were puzzling over Ephesians.

Oh well. At least I was getting laid. Sweet life, Jeremy.