St. Louis Blues Use Doppelgänger Game To Roast Fans In Attendance On The Jumbotron 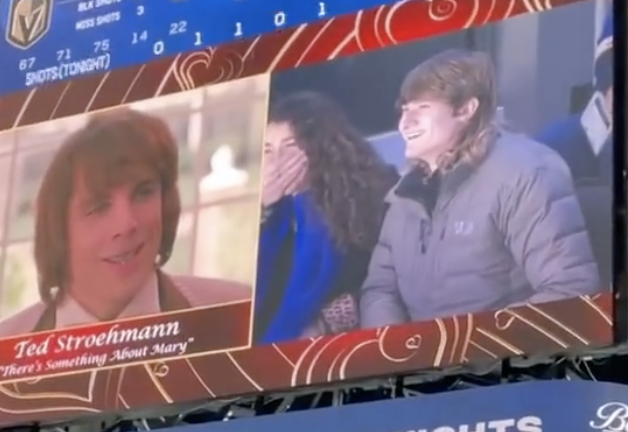 439 days after the sports world came to a halt, fans are back in the stands and sports are starting to feel whole again. With the return of fans came the return of in-stadium entertainment. From ‘Beat The Freeze’ at Braves games, to something as simple as the kiss cam, a sense of normalcy has returned.

The St. Louis Blues are among the teams who have embraced the packed stadiums and decided to have some fun at their fans expense. During the team’s first-round playoff series the Avalanche, there wasn’t a lot to cheer for on the ice. The Blues got swept. However, that didn’t stop the in-game experience crew from enjoying themselves.

During a stoppage in the first period, the jumbotron identified all of the famous people in attendance. There was only one catch— they weren’t the actual celebrities. Instead, the screen showed an image of a recognizable figure (real or fictional) and panned into the crowd to show its doppelgänger

All of the look-a-likes were very creative and really funny. Most of them were harmless. However, after the likes of Jessie from ‘Toy Story,’ Flipper the Dolphin and two versions of Justin Bieber, the Blues were ruthless. The camera panned to a girl with blue hair and the image compared her to a brush that you use to scrape snow off of your car.

An absolute haymaker out of NOWHERE!

This was not the first time that the Blues had done this. They have been doing fan doppelgängers throughout the season and they’re all incredible. None, though, were nearly as brutal as the snow brush.

St. Louis never stood a chance in the playoffs, so perhaps the team’s karma came back to haunt them.