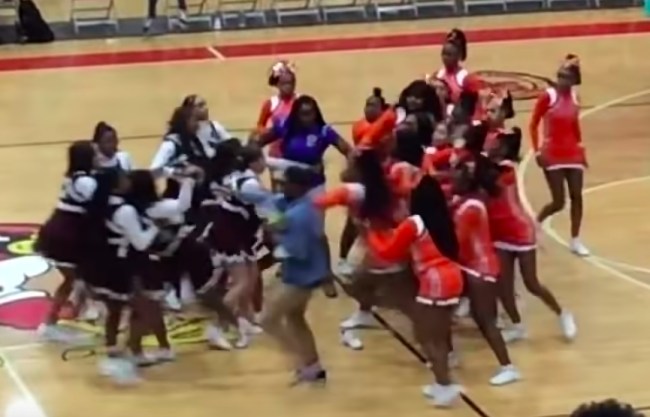 I think it’s safe to say that cheerleaders haven’t historically been given a ton of respect, as a sizeable chunk of the population has been (and, in many cases, still is) under the impression that all you really have to do to become one is be attractive and have the ability to chant while waving pom-poms.

I’ll fully admit I lacked an appreciation for what it takes to take part in this activity until I was recently turned on to Cheer, a Netflix documentary series from the creators of Last Chance U that went up close and personal with the perennially dominant Navarro College cheerleading squad.

Cheer provides a fascinating look at the competitive world of college cheerleading and highlights just how much members of the team are forced to sacrifice as they balance school with the physically and mentally grueling process of preparing to compete for a national championship at an annual gathering in Daytona Beach.

The students featured in Cheer have to deal with their fair share of injuries, personal issues, and the infighting that comes with the clashing of egos and there is plenty of drama packed into the six episodes that comprise the first season.

However, earlier this month, two high school cheerleading teams in St. Louis managed to pack an impressive amount of drama into a four-minute video that was captured when they faced off on the court during a basketball tournament, where the two squads got increasingly heated over the course of a couple of minutes before a massive brawl broke out.

According to St. Louis Today, things reached a boiling point when a Trinity High cheerleader crossed over into East St. Louis High School territory before one of her teammates jumped into the scrum to throw a punch that resulted in a number of others getting in on the action.

The superintendent of East St. Louis subsequently announced he was canceling the rest of the season as a result of the fracas so it appears they won’t be bringing it on again at any point in the near future.