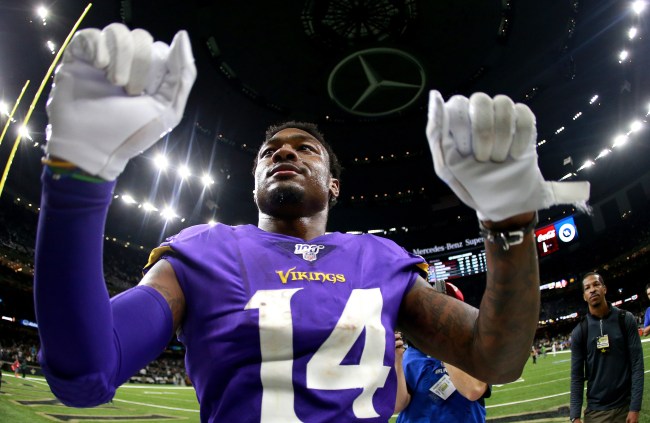 Stefon Diggs didn’t have a great game on Sunday against the Saints but he still enjoyed himself after the win.

After the game was over, a picture of Diggs doing the Saints ‘Choppa Style’ dance in front of Sean Payton went viral.

lmao this photo of stefon diggs and sean payton pic.twitter.com/GHmvxlXiap

For those that don’t know, Choppa’s 2002 hit single Choppa Style has become the unofficial anthem for the Saints for the past couple of seasons which includes a dance.

Teddy Bridgewater dancing to 'Choppa Style' continues to be my favorite thing about this season. #Saintspic.twitter.com/iy0cebHecC

It is worth noting that Payton did the Vikings SKOL chant during a playoff game a few years ago.

In 2018, Sean Payton trolled the Vikings' skol chant before the Minneapolis Miracle