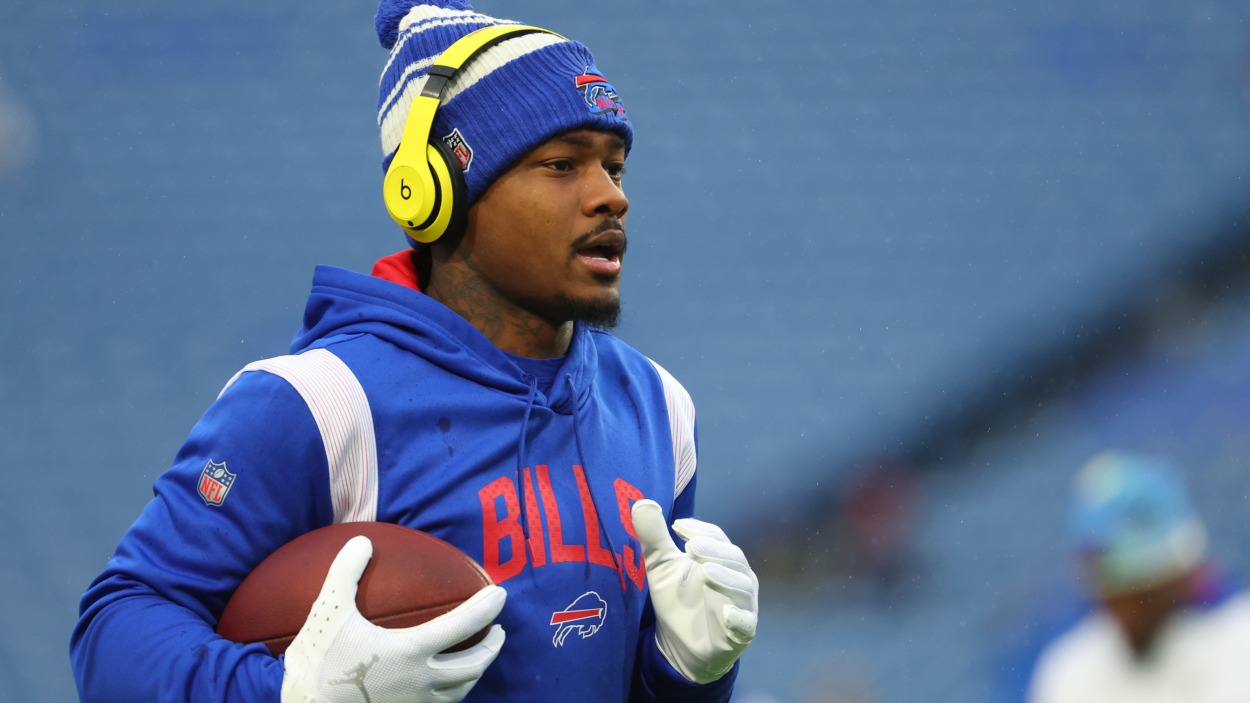 Buffalo Bills WR#1 Stefon Diggs shared a special moment with a young fan that has since gone viral.

Diggs first met 5-year-old Bills fan Aydin Laborde over the summer at training camp. Stefon took time after practice to chat with his young admirer and learned that Aydin’s father had recently passed away.

A few days after first meeting Stefon Diggs, 5-year-old Aydin Laborde was back at Bills practice to watch his favorite player in action. Most recently, Aydin was in attendance at the Dolphins-Bills game on December 17th where Stefon presented him with a very special gift: custom shoes paying tribute to Aydin’s late father.

That video has since been viewed 3M+ times on Twitter and 2.8 million times on TikTok. This incredibly kind gesture from Stefon Diggs has touched millions and the comments on the video(s) certainly reflect that.

One person on Twitter replied “I shouldn’t be crying but that touch me. You should always hug your love ones. Because you will never know if it will be the last time. Never take anything for granted.”

Another Twitter user wrote “Damn, I have more respect for Stefon. I wish more pro players would take the time to positively and change kids lives! What an inspiration.”

And now I’m crying. This is beautiful. ❤️

Awesome in every way. I love seeing athletes use their platform, gifts and talents to bless others. I know winning is part of their DNA but this wins on so many levels and will last far longer than many things.

This was truly a classy move from Stefon Diggs. It’s one that not only Aydin Laborde needed in this moment but one that he and everyone else in his family will remember for the rest of their lives.

The Buffalo Bills and Stefon Diggs won that game against the Dolphins 32-29 and beat the Bears 35-13 on Christmas Eve to extend their current winning streak to 6 games.