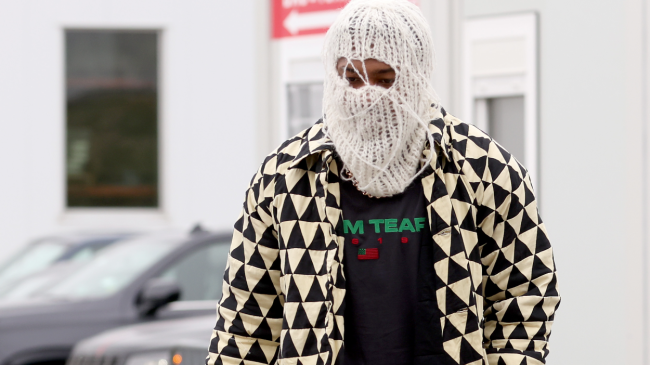 Stefon Diggs is ready to spoil AFC Championship aspirations for the Cincinnati Bengals. The star wide receiver showed up to the stadium looking like a supervillain.

The Buffalo pass catcher arrived at a chilly Highmark Stadium donning a heavy jacket and a ski mask. It was that headgear that had many around the internet talking.

Many immediately compared the wideout’s look to that of The Scarecrow from DC Comics or the antagonists in the cult hit The Strangers.

Take a look at the reaction.

One fan wrote, “There is so much to dissect here,” while another believes he’s in for a huge day against the Bengals, saying, “Stefon Diggs. 10 for 150 today. Going off!!.”

Exactly the image that entered my mind 👍🏼

Stefon Diggs will look to lead the Bills’ offense in an important AFC divisional game. Buffalo is looking to get to their first Super Bowl since the early 1990s.

Diggs has been quarterback Josh Allen’s top target this season, hauling in 108 catches for 1,429 yards and 11 scores. That production helped the Bills win 13 games, as well as an AFC East title.

Sunday’s matchup with the Bengals will be the second meeting between these two NFL powers, though there was no winner in the previous game. The first contest was cancelled following Damar Hamlin’s scary incident.

Hamlin collapsed on the field midgame and had to be rushed to the hospital for life saving measures. Cincinnati was leading that game at the time of the cancellation.

Buffalo will look to change that result and come out on top this postseason. Stefon Diggs hopes to play villain and end the Bengals’ season.