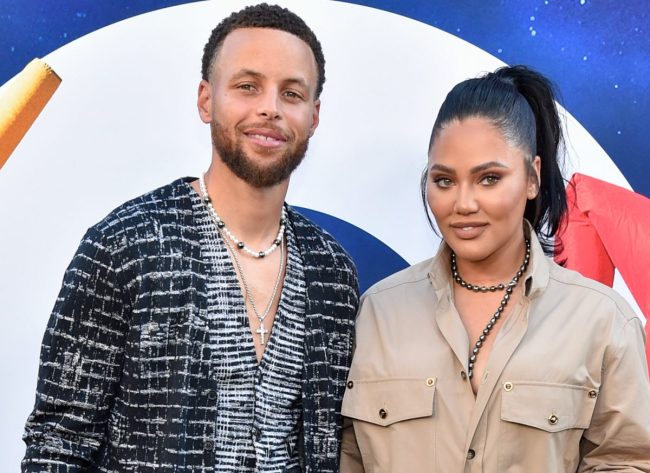 Power couple Steph and Ayesha Curry were on hand in Oakland Wednesday to throw out the first pitch in the A’s matchup against the Houston Astros. Let’s just say the tosses didn’t go quite as planned.

Fans got a chance to see the NBA star and his wife test their talent on the diamond. Prior to the contest, Steph was seen taking some batting practice cuts in the Coliseum, though many said he should stick to the basketball court.

The two superstars toed the rubber, and it appeared that they were intending to throw to two different catchers behind the dish. Keeping that intent in mind, the duo decided to simultaneously go through their wind ups, delivering their pitches at the exact same time.

The result was nearly a disaster.

Both pitches sailed towards the same catcher while traveling at two completely different speeds and trajectories. After lunging to corral Steph’s fastball, you can hear the catcher say, “I had two coming at me right there!”

Fans were quick to chime in on the Curry’s first pitches online.

The sports world quickly responded upon seeing the first pitch deliveries. The reaction was not kind to the Currys.

At least there weren’t many fans to witness the display in person seeing that they were attending an A’s game.

The Curry family is making up about 25% of the attendance https://t.co/dB86vcaMmC

If you throw a bad first pitch in Oakland, did it really happen? https://t.co/QwUFfgf3jf

Definitely a tough look for both Steph and Ayesha Curry.