Steph Curry Apparently Didn’t Have A Basketball Hoop At Home, Recently Had To Install One With His Own Bare Hands 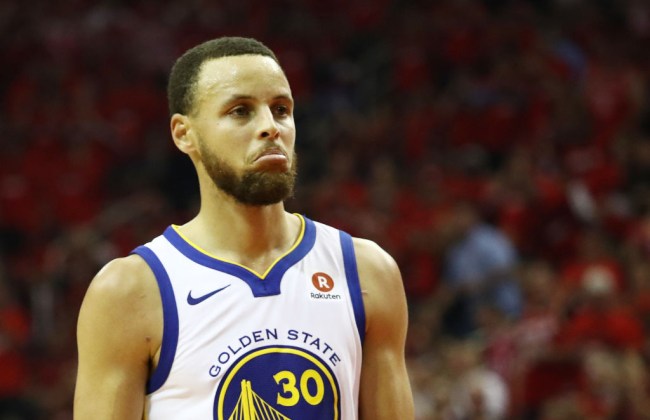 The NBA officially ordered teams to close all practice and training facilities on March 20. Since then, players have had to figure out their own ways to try and keep in shape and get shots up and for Steph Curry, that’s apparently been a bit of a struggle.

It turns out that Curry, one of the greatest shooters in NBA history and the second-highest-paid player in the league, didn’t have a basketball hoop at his house before all of this.

After the news of the NBA shutting down for the foreseeable future, Curry didn’t put up a shot for two straight weeks according to Ben Cohen of The Wall Street Journal and it doesn’t really sound like he had any plans to.

Steph’s wife Ayesha actually ordered a hoop for the driveway and instead of hiring someone to install the hoop, Curry elected to build it himself, but that apparently took him five hours.

“I got overwhelmed looking at the manual,” Curry told WSJ, adding “I was very confident in myself going in. That was shot down pretty quick.”

There has been some wild news come out during this time with the world of sports shutdown, but to learn that Curry didn’t actually own a basketball hoop is absolutely shocking. Not only is it shocking, but it’s also kind of infuriating to think about a guy that’s averaged over 23 points per game and shot over 43% from deep during his NBA career didn’t have a basketball goal at his house.

It took a worldwide pandemic for this man, who has three kids by the way, to put a basketball hoop in the driveway.

I for one always imagined Curry being the kind of guy constantly playing basketball with the fam in the driveway. Picking up a ball in the yard and hitting a shot before hopping in his car and heading to the arena, but nope, that world has never existed.