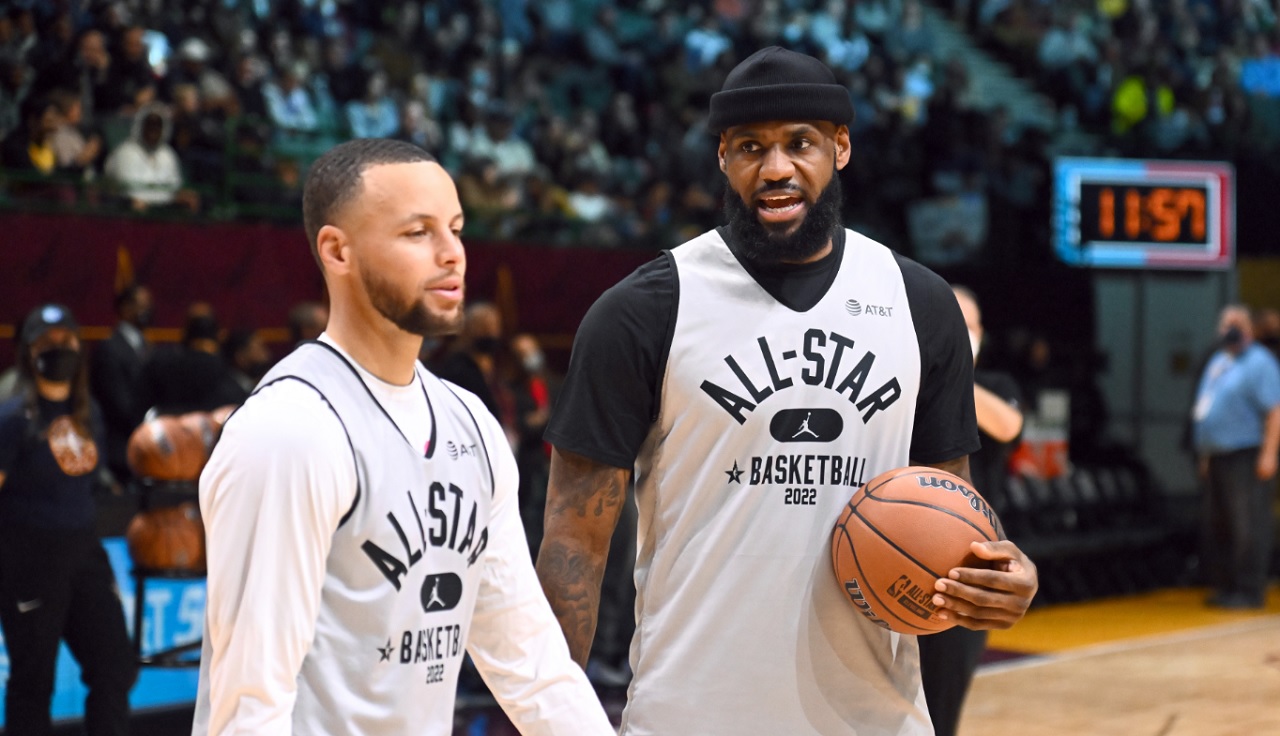 Steph Curry has some thoughts on LeBron James, saying he wants to play with him one day.

During a recent episode of The Shop, LeBron was asked which superstar he would like to play with, and he immediately named Curry.

LeBron says he wants to play with Steph Curry 👀 pic.twitter.com/35Tf4FnJVa

“Steph Curry. Steph Curry’s the one I want to play with, for sure. In today’s game,” . “Right now it’s Steph. Man, I love everything about that guy. Lethal. When [Steph] gets out his car, you better guard him right from the moment he pulls up to the arena… you might want to guard him when he gets out of bed.”

While speaking to Draymond Green, Curry responded to LeBron’s comments by saying how surreal the whole thing is. Curry went on to tell a story about the time LeBron gave him a gift while he was still in college playing at Davidson.

.@StephenCurry30 reacts to comments by @KingJames about the prospect of teaming up…

…and tells the story of a gift he got from LeBron in college pic.twitter.com/oKv4xB0omM

“It’s surreal, because I will never be so far removed from the time I was in Detroit for the Sweet Sixteen, and this dude was in his fourth or fifth year in the league, and he’s coming to my game, supporting and cheering — even at the place he was at in his career, the future superstar and Hall-of-Famer and potential greatest of all-time, “The fact that we’re 13 years removed and he’s saying that is still crazy. Not a lot of people know this, but he gave me a jersey when I was in college at Davidson, and I still have it on the wall at my parents’ house back in Charlotte. He [signed] it — to the king of basketball in North Carolina.”

Steph says the idea of playing with LeBron would be amazing but that it’s all fantasy right now.

“You take a fantasy draft and you’re building a draft, with what [we both can do], obviously that’s a curiosity. I mean, what would that look like?” “But, also there’s a realism. That’s what I said, ‘I’m good right now.’ You can never let your mind go from what’s your situation, your moment, your time, and who I’ve been rocking with from day one.

“That’s my best answer for it. It’s fantasy, it’s wild. But there’s respect and appreciation, the surrealness because of where I came from, but if this was [the video game NBA] 2K — that’d be pretty lethal.”