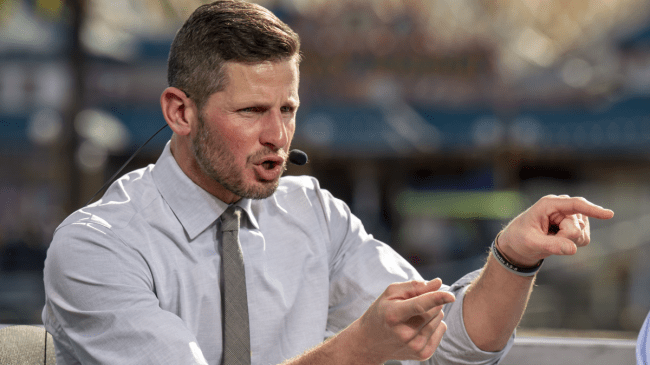 The two were debating which passer was the best in the NFC East now that Dak Prescott is dealing with an injury to his throwing thumb.

Orlovsky chose Carson Wentz, who was traded to the Washington Commanders over the offseason. Wentz led the Commanders to a Week 1 win over Jacksonville, throwing for 313 yards and four touchdowns.

Smith disagreed, going with Eagles’ passer Jalen Hurts. When the host went on to explain his difference of opinion, he made an awkward comment that caused Orlovsky to stop in his tracks.

Orlovsky gave his opinion of Wentz, saying the NFL world looks at him like a bottom 10 quarterback despite his recent success in the TD to INT department.

“You’re trying to change the narrative and not listening to what I said.”

Orlovsky subtly says “Pause” after the “pulling a Woody” comment while Smith continues on his rant. The perfect reaction to the accidental slip.