Stephen A. Smith Reads Text From Someone ‘Close To The Situation In Philadelphia’ Bashing Ben Simmons For Being ‘Constantly Babied’ 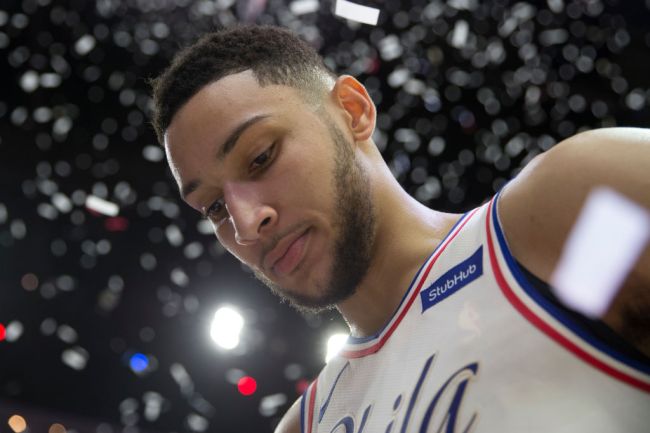 It’s been a few days since the Sixers were eliminated from the playoffs but Ben Simmons is still catching heat over his poor shooting performance in the team’s series against the Atlanta Hawks.

While talking about the Sixers situation during Tuesday’s edition of ESPN’s First Take, Stephen A. Smith revealed that he received a text from someone close to the situation in Philadelphia. According to Smith, the person told him that the issue with Simmons is that “he doesn’t work” and is “constantly babied” by the people around him.

“I just received a text from somebody very, very close to the situation in Philadelphia about Ben Simmons. … ‘He doesn’t work, he doesn’t listen, and everyone around him is family, and he’s constantly babied.’”

Stephen A. Smith reads a text message he got about Ben Simmons during First Take 😳

The text message from Smith’s anonymous source seems to fall in line with the explosive report from Fox Sports’ Yaron Weitzman that details what went wrong with Simmons in Philadelphia.

New story, for @FOXSports: How Ben Simmons forgot how to shoot and The Process lost its way: https://t.co/FI6I0UGVVi

Two days after that 2018 loss to the Celtics, the Sixers held exit meetings in their Camden, New Jersey, training facility. Each player was given a four-page document containing individualized offseason plans. For Simmons, the list of priorities included free-throw shooting, finishing at the rim and developing a jump shot. In that order.

After the meetings, Brown told reporters during a news conference that he expected Simmons to spend “intense time” with Townsend in the offseason. Everyone around the team was excited. They felt like a breakthrough had occurred, that Simmons was ready not only to solidify his improvements at the line but also to begin carrying those changes into his shooting overall.

After exit meetings, the players and coaches went their separate ways to recharge. Some time passed, and according to multiple league sources, when Townsend returned to the team’s facility, Brown pulled him aside. Change of plans, he said.

Simmons’ agent, Rich Paul, and family had decided that he’d be better off working with one of his brothers, Liam, a former low-level Division I guard and assistant coach, who now coaches at Division II Colorado Christian University.

We’ll have to wait and see if the Sixers have patience with Simmons to develop a jump shot or if they immediately cut ties with him and try something new next season.