Stephen A. Smith Cackles Like The Joker Holding Gotham Hostage Following Cowboys’ Loss To The 49ers 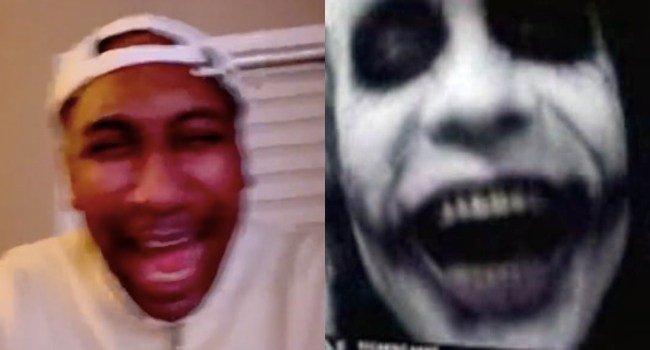 While there are few, if any, guarantees in the world of professional sports, one of the few that will never cease to exist is First Take host Stephen A. Smith hopping on social media to clown on the Dallas Cowboys whenever they lose a game.

Smith, who has been off-the-air for the last few weeks dealing with the virus, hopped on Twitter following Dallas’ 23-17 loss to the San Francisco 49ers to dance on the Cowboys’ grave, as is tradition.

“Didn’t I tell ya? Didn’t I tell ya? All year long, when everybody was raving about those boys in Big D, what did ya boy Stephen A. say? They ain’t gonna even win a playoff game. And sure enough, right on schedule, right when it really really counts, they crashed like a cheap tent in inclement weather. All I gotta say is two things: How ’bout them Cowboys? And see you on First Take tomorrow. Ya boy is back, right on time.”

Smith, who has been off from ESPN’s First Take due to a bout with COVID, will return to the set on Monday morning, proving perhaps there is some divine plan to all of this chaos we call life after all.

Courtesy of their upset win over the hapless Dallas Cowboys, the #6 seed San Francisco 49ers will now make their way up to Wisconsin to take on NFL MVP Aaron Rodgers and the top-seeded Green Bay Packers in a Divisional Round matchup. The final Divisional Round matchup in the NFC will be decided tonight when the Los Angeles Rams host their NFC West rival Arizona Cardinals, with the winner of that game heading down to the Sunshine State next weekend to take on Tom Brady and the defending Super Bowl champion Tampa Bay Bucs.

Swinging over to the AFC, the top-seeded Tenessee Titans will host Joe Burron, Ja’Marr Chase, and the #4 seed Cincinnati Bengals, while Patrick Mahomes and the two-time defending AFC champion Chiefs will take on Josh Allen and the Buffalo Bills in Kansas City.