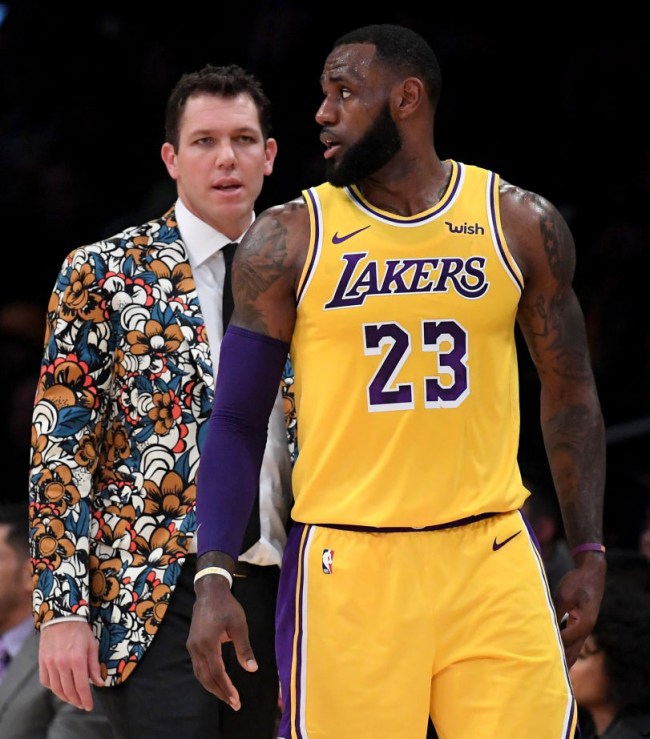 The Lakers and the Clippers currently sit dead-locked in the West at identical 17-10 records.

But, according to outspoken former NBA player and current talking head Stephen Jackson, the head coaches of the respective Los Angeles NBA teams are anything but equal.

Appearing on Wednesday’s edition of The Herd, Jackson ripped Lakers coach Luke Walton, breaking out the tried and true trope that LeBron James is the one actually doing all the coaching of the team.

“I’d rather play for Doc Rivers than Luke Walton. It’ll be hard for me to play on the Lakers and respect Luke because I played against him.” Jackson told Colin Cowherd. “I don’t respect him. I don’t think he’s the coach for the Lakers. LeBron’s doing all the coaching. That’s the truth.”

So with a very important free agent period looming for the Lakers during the next off-season, is Luke Walton’s job safe? Lakers president of basketball operations Magic Johnson says it is, but we all know how well front office votes of confidence usually work out.

Meanwhile, the one and only Phil Jackson made a surprise visit to the Lakers’ practice facility on Wednesday, the first time he has been seen by the media at the facility over the past two seasons, according to ABC News. Take that how you will.