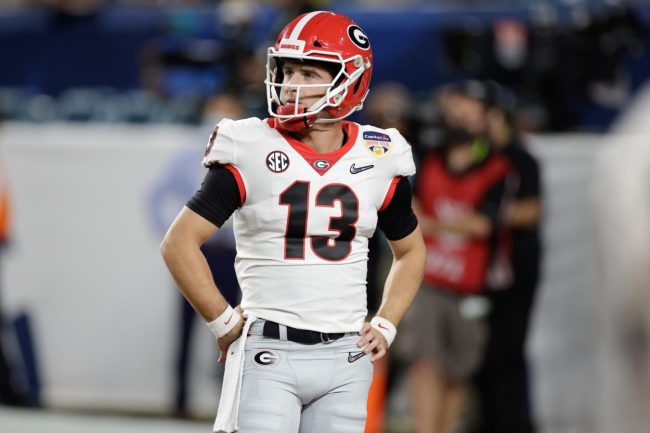 Georgia quarterback Stetson Bennett has had quite the journey to the College Football Playoff National Championship. The 23-year-old is set to start for the Bulldogs against Alabama on Monday with hopes of claiming the school’s third national title.

To get to this point has not been easy.

Bennett was a two-star recruit out of high school. He didn’t get any Power Five offers and, in turn, decided to walk-on at Georgia in 2017.

After not taking a single snap all season, he decided to transfer to Jones County Junior College. While with the Bobcats, the 6-foot-0, 185-pound redshirt freshman led his team to a 10-2 record and the MACJC Championship game.

He threw for 1,840 yards and 16 touchdowns in his one season in Mississippi, which was good enough to receive five Division-I offers. However, by just looking at him, you might not expect Bennett to be as good as he has become.

His photo from Jones County has gone viral ahead of the National Championship because of how unsuspecting that he looks. Bennett, with his mustache and disheveled hair, looks like he rolled out of bed seconds before picture day. 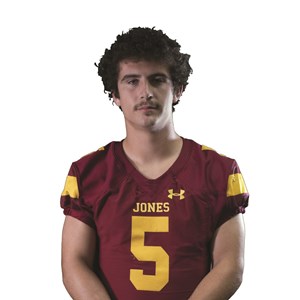 After a year in Ellisville, Mississippi, Bennett transferred back to Georgia, where he became the backup to Jake Fromm in 2019. As a junior in 2020, Bennett began as the backup and then became the starter after poor play from D’Wan Mathis.

But it didn’t last long.

USC transfer JT Daniels took the starting job late last season and was the incumbent starter for 2021. Not long into the fall, Daniels went down with an injury and Bennett took over.

He has been the starter ever since and led Georgia to a one-loss season, only falling to Alabama in the SEC Championship. Bennett’s rise has been impressive, and he could cement his career with a win on Monday.

Just by looking at the picture of him at Jones College, however, you might not expect him to do what he has done. Looks are often deceiving and Bennett is a great example.